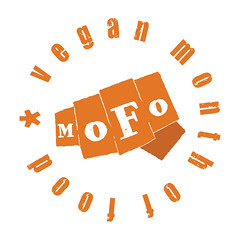 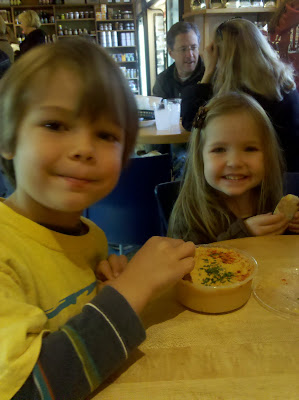 Today, the two youngest ones and I went to the library for books, audiobooks, DVD's, and CD's for our upcoming road trip. (We're going to NYC!!!) Then we headed over to Boulevard Bread Company in The Heights for lunch. It's a busy, happenin' place (and has the word "vegan" written on the menu, which wins me over). My (vegan) sister Tracy works there. We ordered hummus and bread... 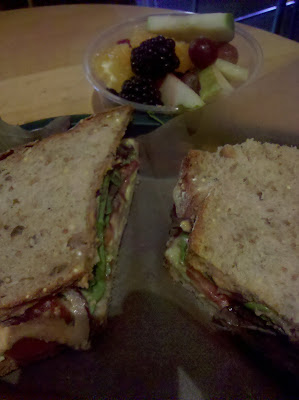 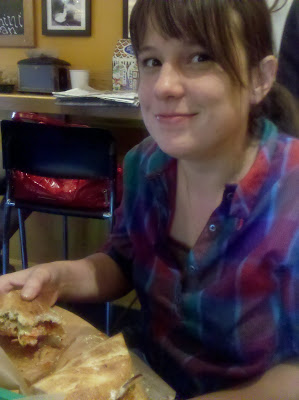 Tracy came over to join us on her break. She'd made herself a grilled sandwich with tomato sauce, hot sauce, and vegetables. It was also very tasty.
So...speaking of Little Rock restaurants...
Earlier this week, Shen asked me why Pei Wei is one of the only restaurants I'll eat at in Little Rock. There aren't any vegetarian restaurants in LR, so in that case, I'd generally rather eat at home. (If we're in town, we usually just eat at Whole Foods. And there are a few other places I'll go: Star of India, P.F. Chang's, Cafe Bossanova, etc.) I'm just sort of skeptical and uptight about the whole thing. I know that isn't the best way to be...but I sort of can't help it; it's a mental issue (I don't mean "mental," as in "I'm crazy." I just think about things too much). When I don't know EXACTLY what is in my food, it's hard for me to enjoy it. This bugs my husband, who does like to eat out occasionally. He thinks I'm doing an injustice to veganism - making it look too restrictive and difficult. I mostly agree with him, and I sort of wish I could be as carefree and easygoing as I am in the other areas of my life. Anyway, hopefully that all makes sense.
So back to Pei Wei...I like it because the meal I get seems so fresh and innocuous. Another random reason: my kids are very well-behaved in restaurants now, but not long ago (when my 5 year old was a bit more immature), that wasn't the case. It's sort of noisy in Pei Wei, and it was just one of the places we got used to taking them. 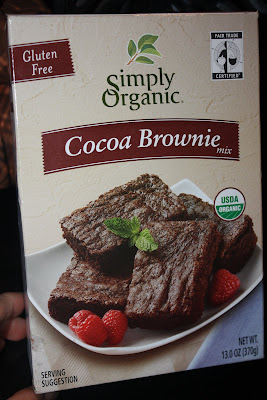 After lunch, we bought groceries. We saw a new kind of brownie mix we hadn't tried. 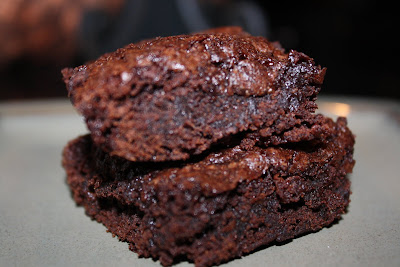 They're pretty good. Rather plain-tasting, which was puzzling until I realized they are gluten-free. I will say they are good for being gluten-free. Ryan pointed out they would be even better with frosting, and I agreed. 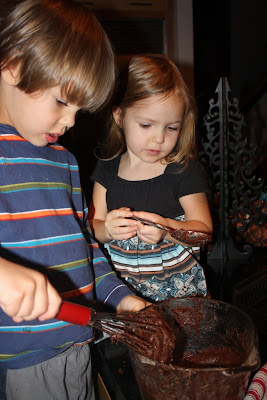 And, of course, it's always hard to review a product accurately when there were 4 extra hands involved in the process.
Posted by Jenny at 6:08 PM