Can I still say "pickin'" even if I don't live in Arkansas anymore? It's a new, wonderful experience living in a city which offers fresh local organic produce at your fingertips all year. And most of the farmer's markets don't even open until late fall/early winter. 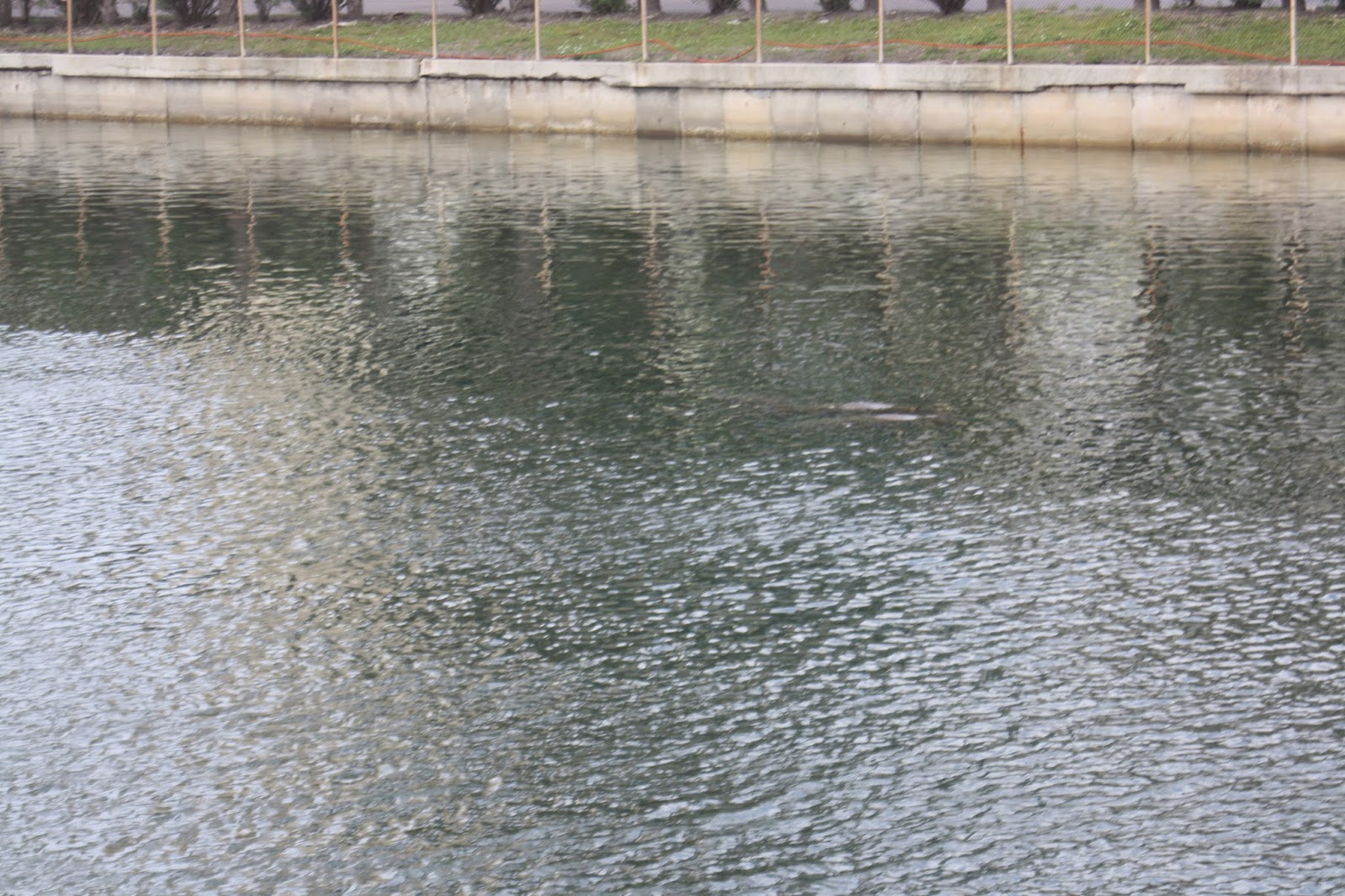 Our lovely Saturday began by stopping at the Manatee Viewing Center at Apollo Beach. The manatees will gather in the canal next to Tampa Electric during colder (68 degrees and colder) water months. It is a federally protected manatee sanctuary, and there is a small educational center open during winter and early spring. There were several manatees in the photo, but it's difficult to catch them coming up for air. 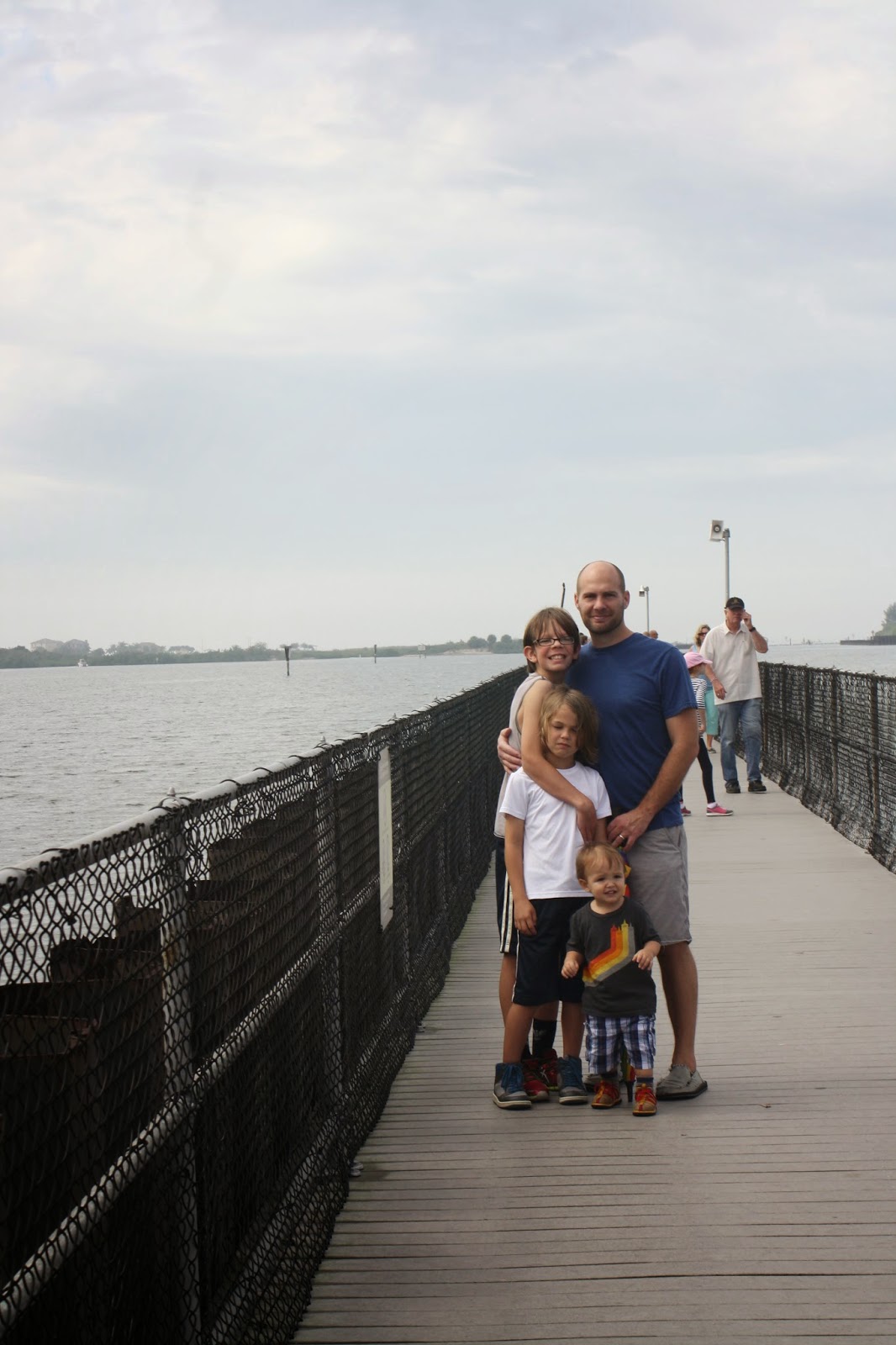 There is a long pier through a mangrove estuary, and we just enjoyed walking around for awhile, enjoying the perfect weather. We had also visited this place last March when we were here looking at houses. We had meant to come back during the few weeks it got cold in Dec-Jan because I think the manatees congregate here in greater numbers then. 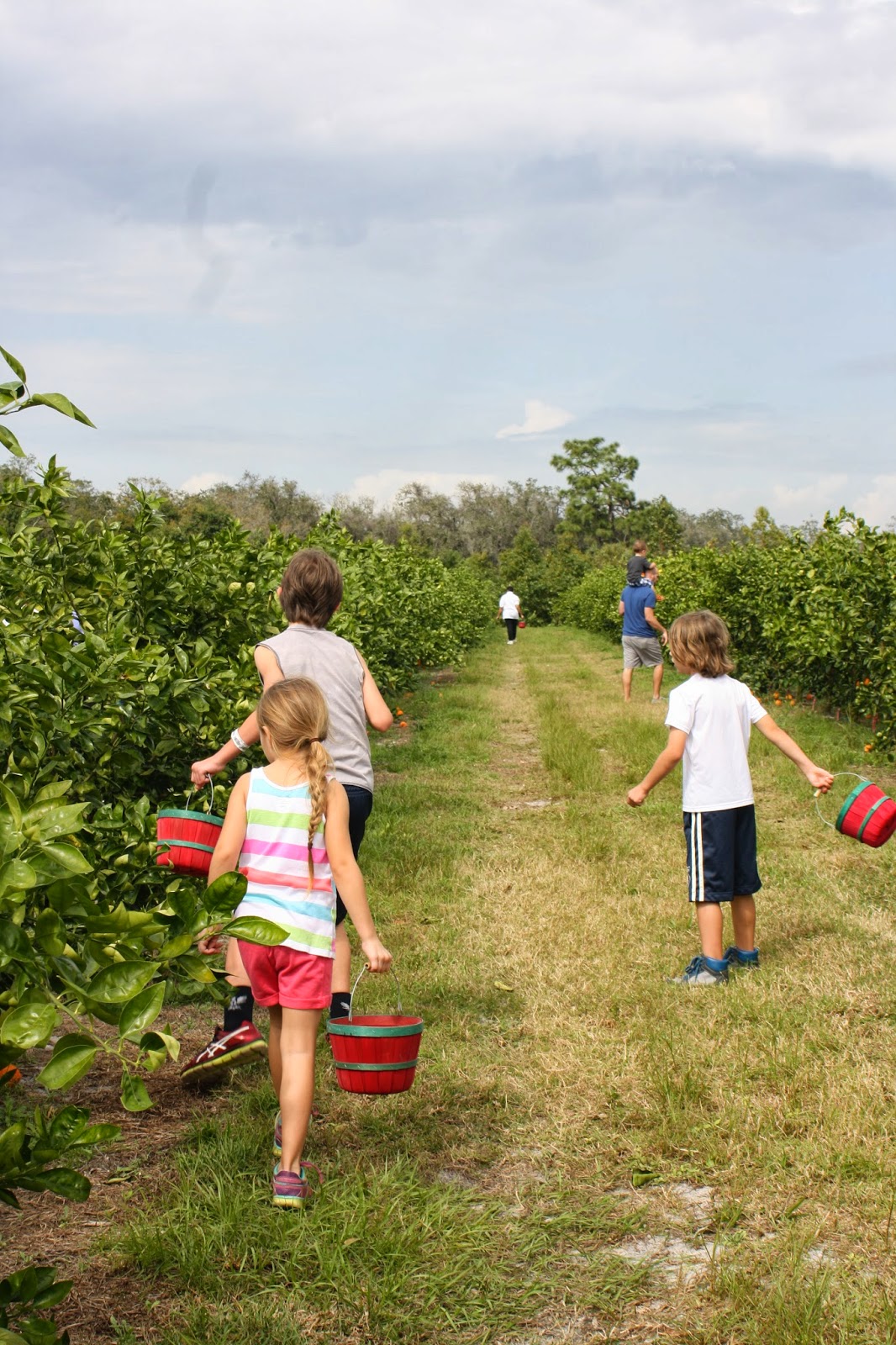 Then off to picking Honeybells at Dooley Groves. They told us we were going to be the last pickers of the season - until next January! We apparently made it just in time. 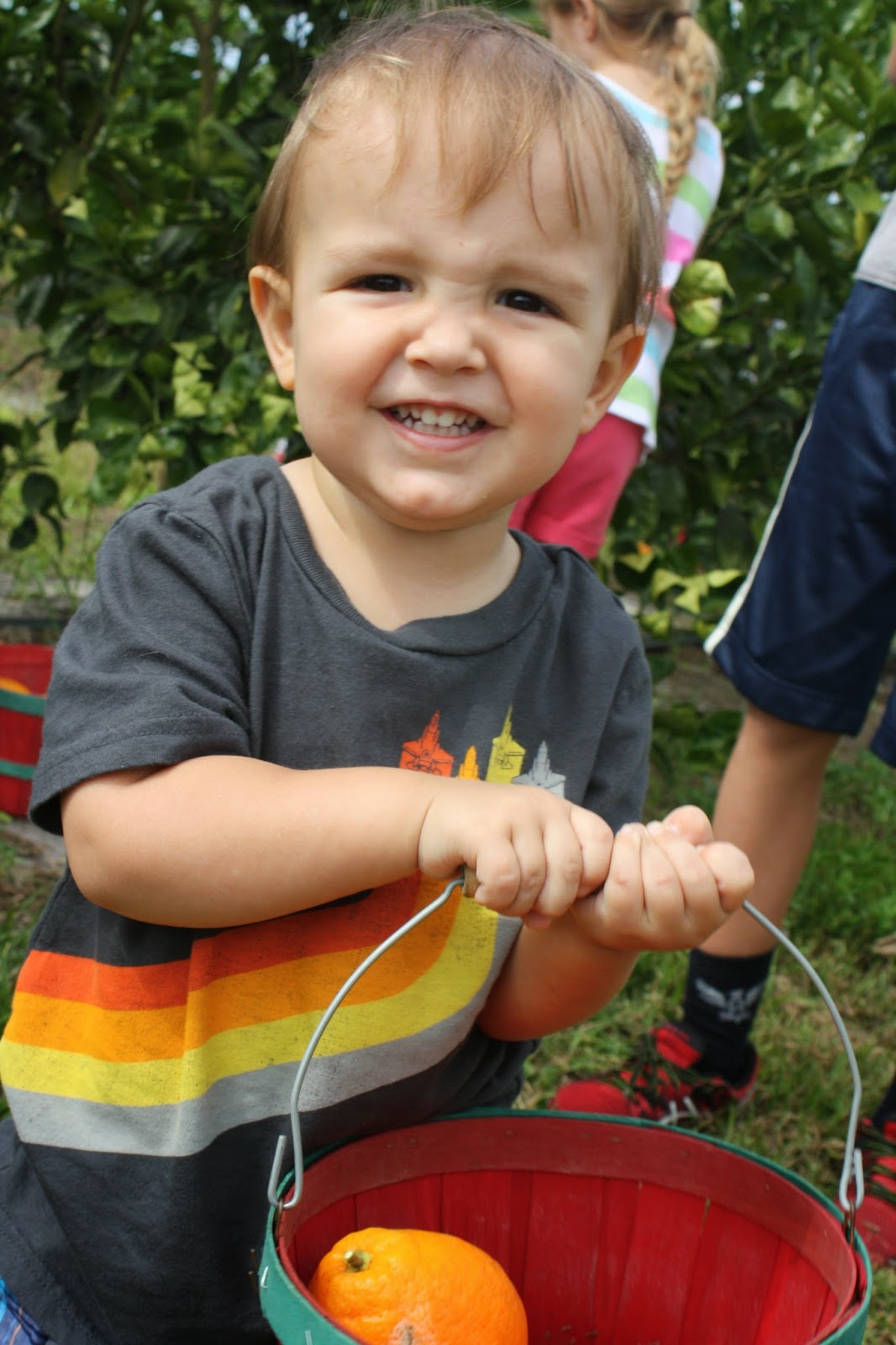 We had a lot of help. 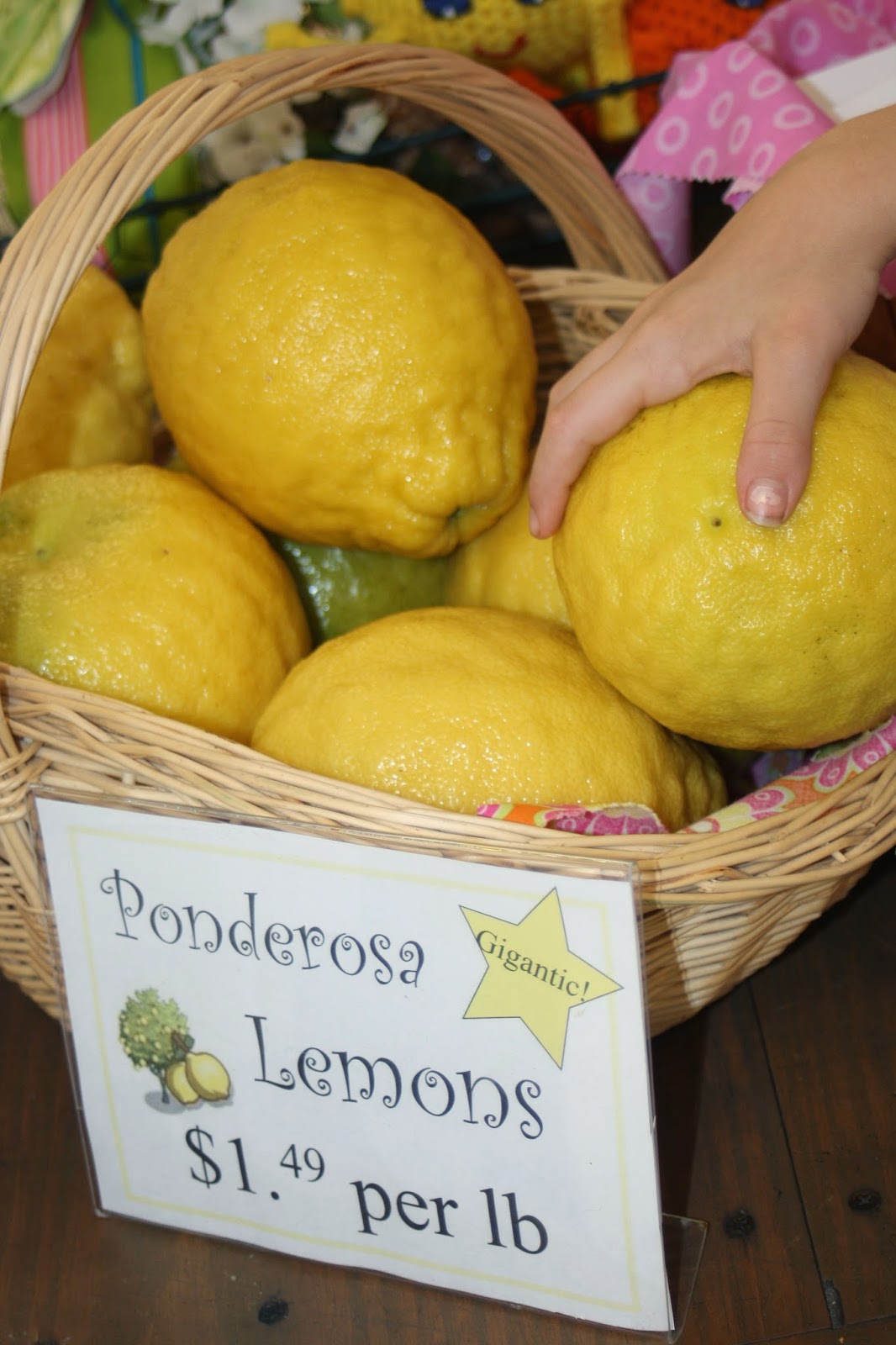 It was fun to sample all of the types of citrus they had for sale (especially because we hadn't eaten lunch yet!). There were also little cups of Honeybell juice and grapefruit juice, which hit the spot so much that we bought a half gallon of the orange juice. When we were back in the car, we drank cup after cup of juice. I just kept refilling everyone's cups. We were all saying, "Mmmm," over and over. We also bought some pineapple oranges and grapefruit. We'll try the gigantic lemons next time. 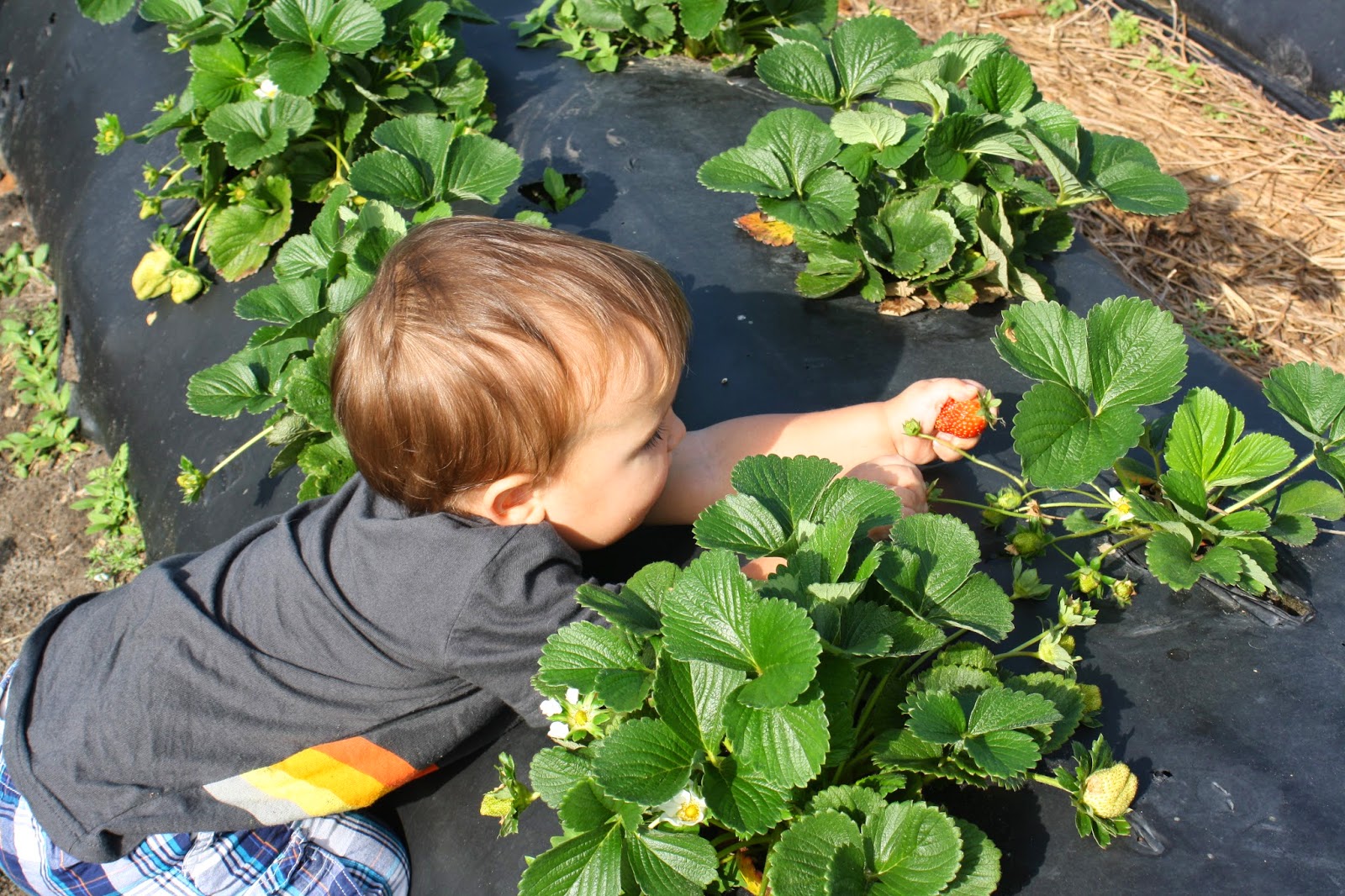 Next up was Fort Lonesome, which was also down south in the same basic region as Dooley Groves. When we first pulled up, it just seemed like a house with a little garden in front, but we soon realized that wasn't the case. There were rows upon rows of amazing fruits and vegetables waiting on us to pick them and plenty of space for the kids to run and explore. 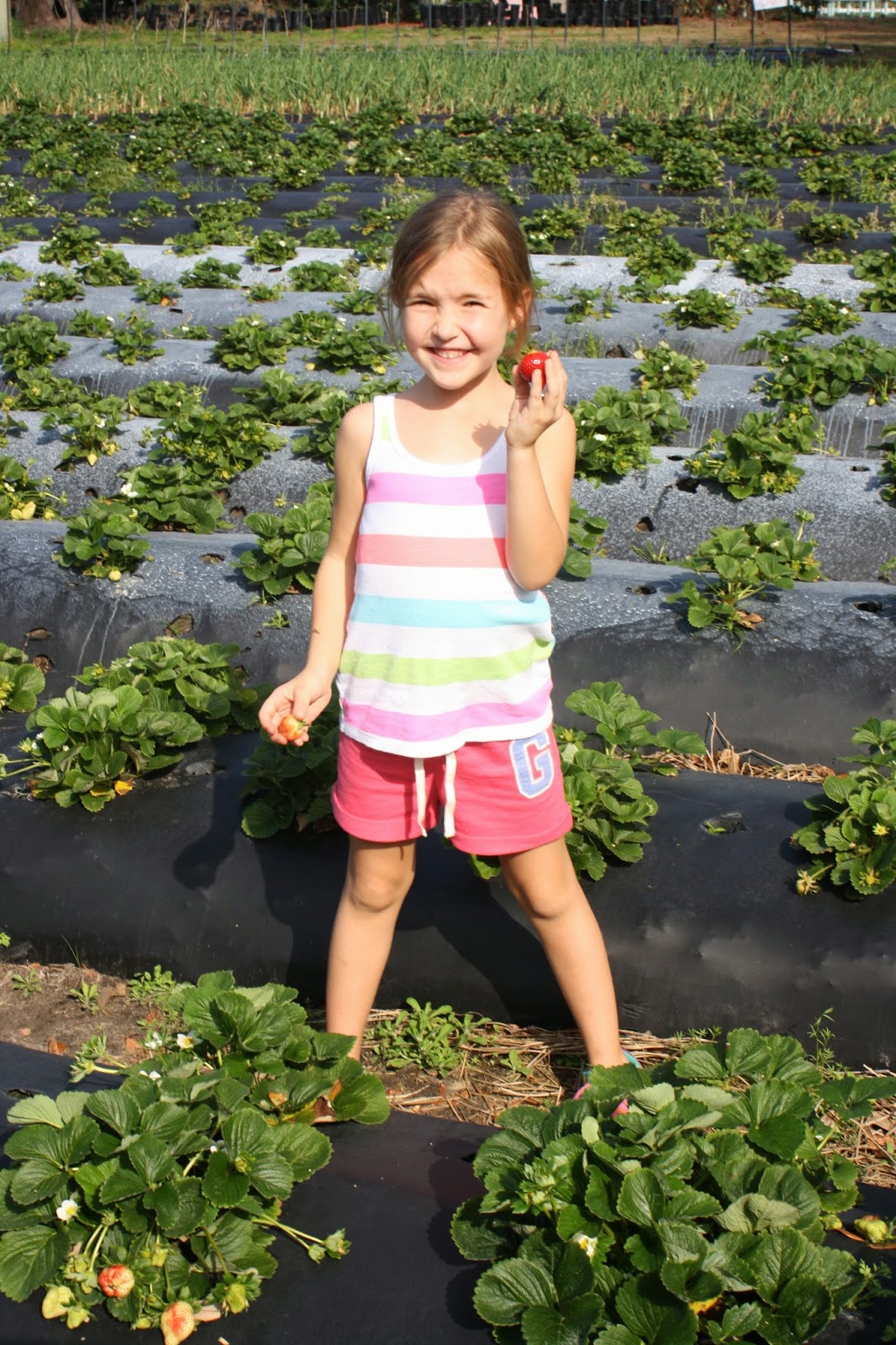 Fort Lonesome is a member supported CSA. If you don't have a membership, you have to pay a per-person admission, but fortunately he let us try it out this time. We really do want to join a CSA and need to decide on the closest organic one to us.

Picking strawberries in the 2 1/2 acre prairie was even more fun than picking oranges because it takes longer to fill a basket. The berries were so big and beautiful that it made it hard to think about paying $5.99/lb in the store. 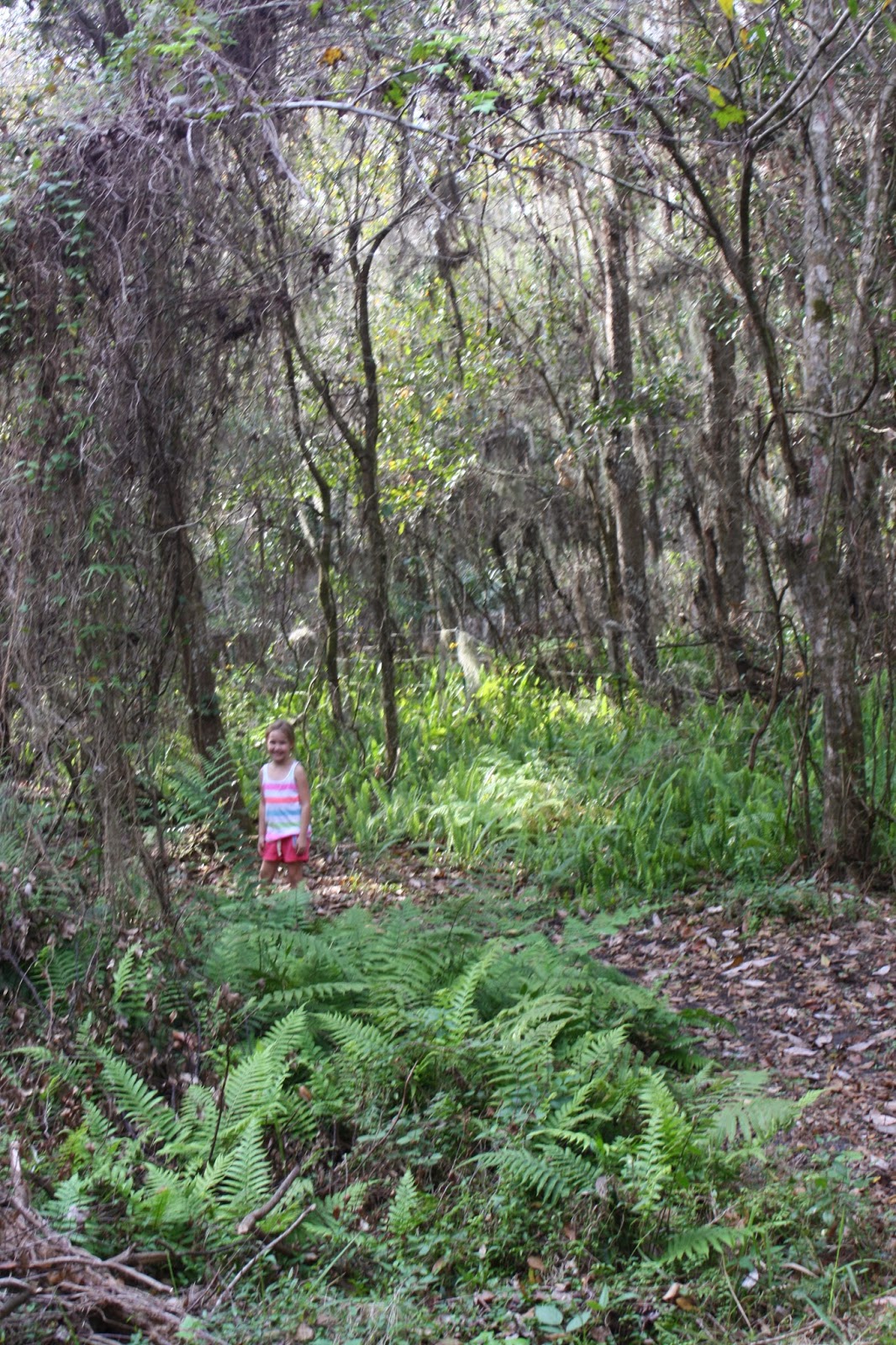 We also picked some herbs (stevia, chocolate mint, and rosemary) and some veggies (cabbage, kale, green onions, and chipotle peppers). I don't garden, so this was such a soulful experience for me. The man advised us to try chewing on a stevia leaf along with a chocolate mint leaf, and it was delicious. The big kids and I took off on the forest trail, which was amazing. It led back to a creek, and my country-turned-city kids were thrilled to be back in nature.


the fruits of our labor: 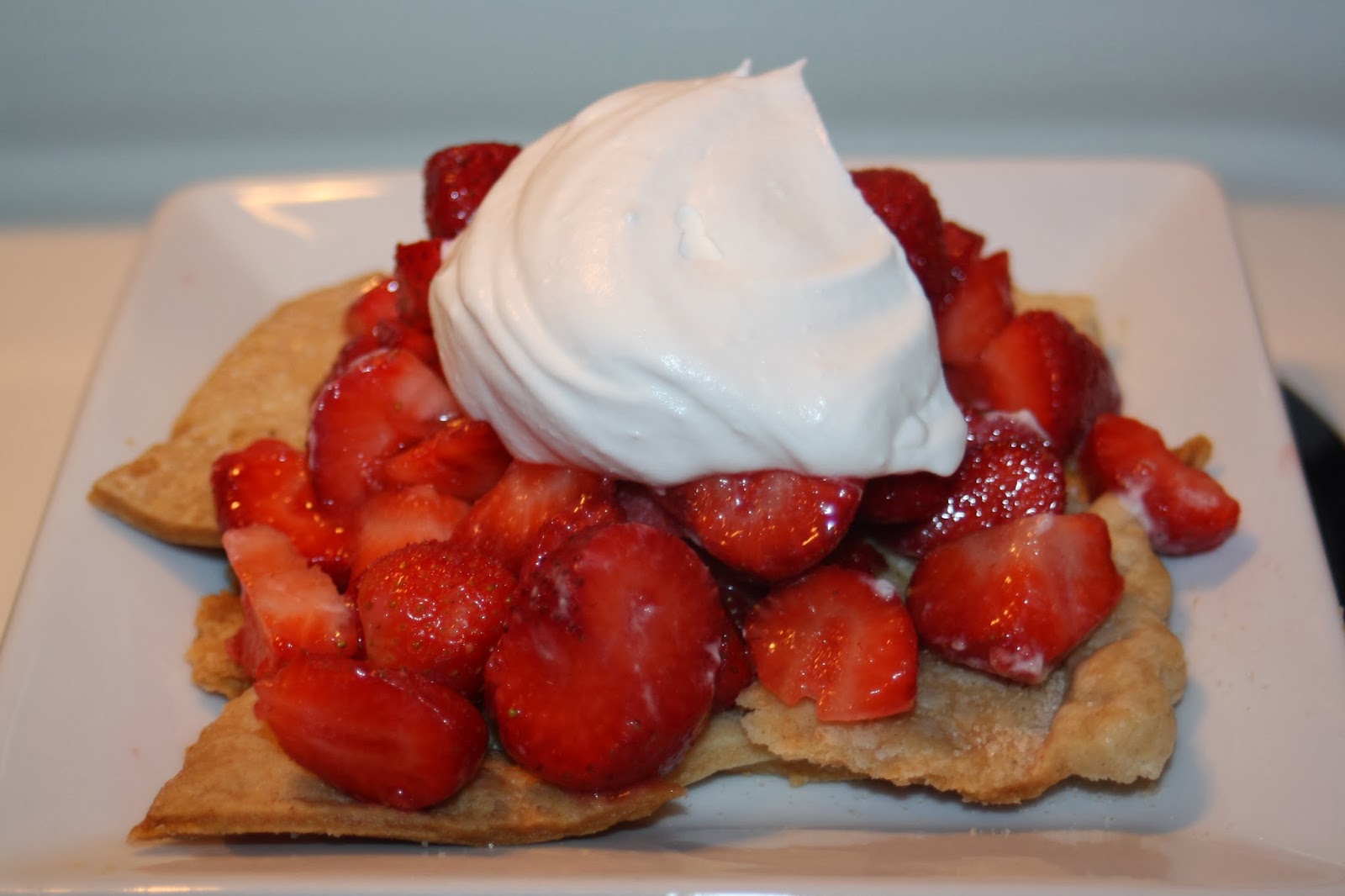 We enjoyed strawberry shortcake for the next few days. The first night we used pie crust, and the next morning I made sweet biscuits, which were even better but not photographed. 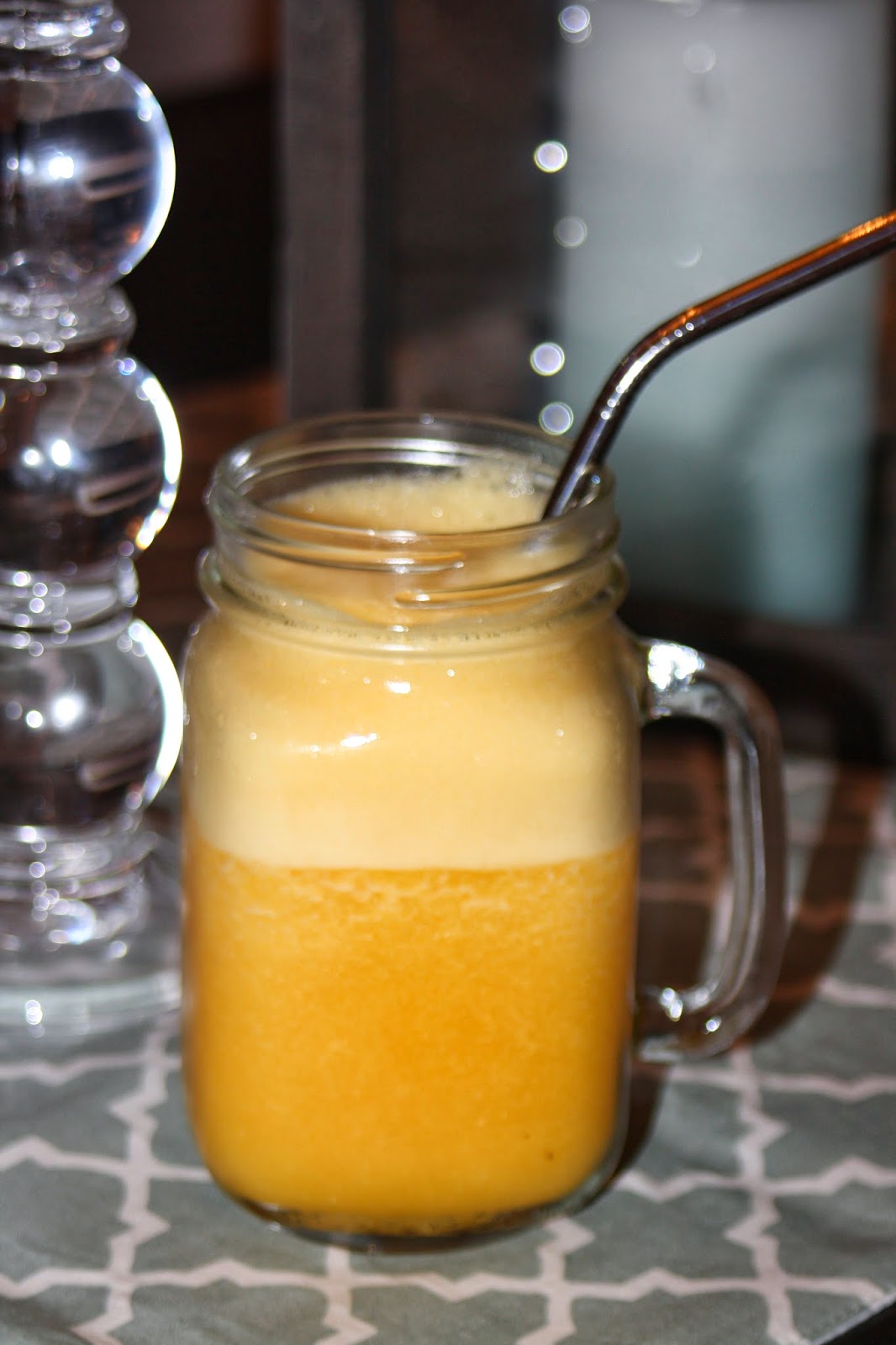 And we have been juicing the tangelos. They are SO juicy, they are almost impossible to eat (without getting juice everywhere). I just take the peel off and stick the whole orange into my blender (with a little ice) so it's juice without wasting anything. We've felt very healthy this week.


For thou shalt eat the labour of thine hands;
happy shalt thou be, and it shall be well with thee.
-Psalm 128:2