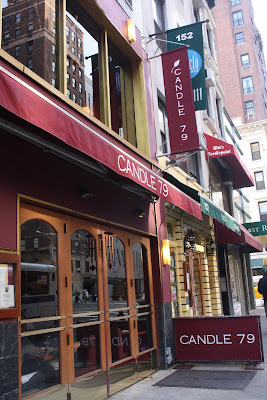 After spending a couple of hours at the Metropolitan Museum of Art yesterday, we walked a few blocks over to Candle 79. We weren't definitely going to eat here during this particular trip with the kids because it's the upscale version of Candle Cafe. It is intended for the "sophisticated eater," whereas our family as a whole is a little more...I'd say redneck than sophisticated.

It was so close to the Met, though, and I just couldn't pass it up. Ryan and I had the best experience eating there last summer on my birthday/anniversary trip. (Last time, we sat upstairs at a window seat: see above - very romantic!) Fortunately, the kids were well-behaved, and the staff welcomed us with open arms. 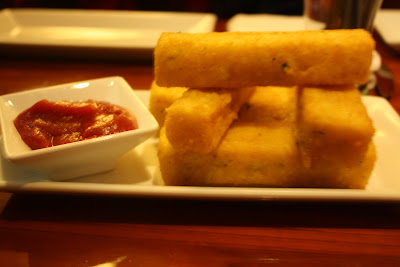 They even brought us out a complimentary plate of polenta fries as an appetizer. So nice! The fries were really good - I don't know if I've ever had polenta fries - and served with chipotle ketchup. 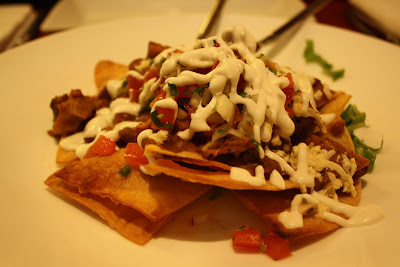 We also chose the Angel's Nachos for an appetizer. I'm pretty sure it took us about one minute to empty this plate. 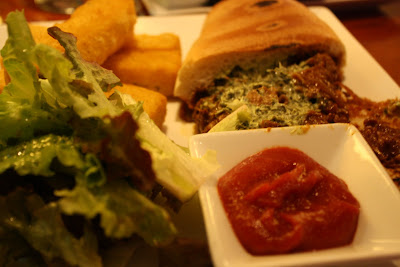 Ryan and I shared two entrees. The first was the BBQ Seitan Sandwich: carmelized onions, garlic-herb kale spread (yum!), & avocado, served with lettuce and polenta fries on the side.

My pictures are strangely lit because I didn't want to use my flash. It's not bad to use your flash once or twice in a restaurant, but when you end up with as many dishes as we do, it's too much of a show. Therefore, I feel badly that the photography doesn't do this delicious food justice. 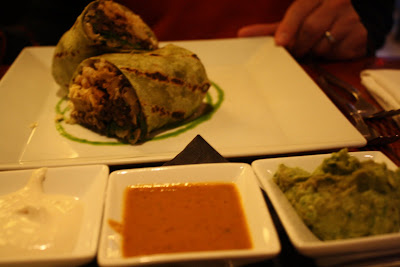 Ryan had picked the Burrito as our other entree. It might not have been the best choice since it seemed like something we would eat at home regularly, but that isn't a complaint about the food itself. It was loaded with chili-herb grilled seitan, carmelized onions, sauteed greens, chipotle black beans, brown rice, (non-dairy) cheese. The sour cream, sauce, and guacamole on the side were perfect additions. It was definitely big enough to give Sissy half of mine. 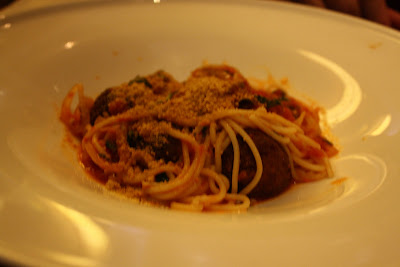 The boys shared the Spaghetti and Wheatballs. We are unsure if they gave us a half portion because we were discussing that option, or if this is the complete $18 plate. (Some of their dish portions are a bit on the small size for the price.) The boys liked their spaghetti and thought it was fun to order "meatballs" at a restaurant. 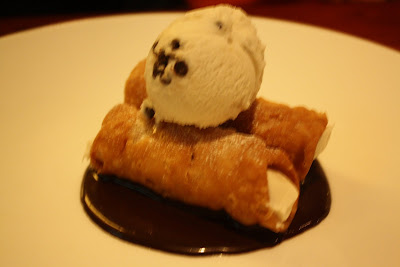 They offer a tempting, hard-to-choose-from dessert menu. We might have ordered more desserts, but at around $12 apiece, we stuck to two. (We're nearing the end of our trip, and we've already ate our way through our budget. It's sort of unreal how much money a family of five can spend during two weeks at vegan restaurants.)

Anyway, I was very excited to try the Cannoli (vanilla cream filling, vanilla chocolate chip icecream with chocolate drizzle) because that's one of those desserts it's hard to find vegan. I only took one bite since it was technically the boys' dessert, but I loved it! I'd definitely order that one again. 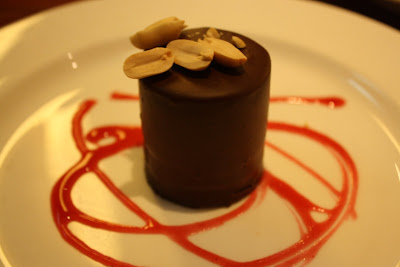 It's so cute and teeny-tiny, but the taste more than makes up for its diminuitiveness. 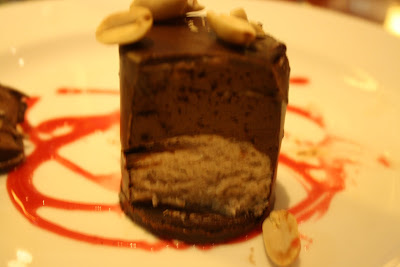 There is a chocolate mousse layer and a peanut butter mousse layer. Both are surrounded in a chocolate shell and sitting on a chocolate wafer. It is decorated with a berry coulis and peanuts. (And good news for you gluten-free people, it's listed as a gf option!)

My only complaint was not being able to savor each bite the way I would have liked. I was sharing it with my daughter, and if I let up for a second, she would have gotten it all. I'm like Mother of the Year, aren't I? 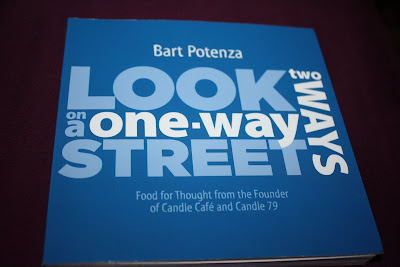 So...the owner of Candle 79 and Candle Cafe, Joy Pierson, came to our table to greet us and thank us for coming. I always love that; I think it's a very memorable touch. We started talking about how we are from Arkansas, home of zero vegan restaurants and how much we just love coming to hers. She was sooo nice; I almost felt like I was meeting a celebrity - the owner of two of the best restaurants in the world, in my opinion. :) We talked about my blog and Vegan MoFo, and she wanted to give me a cookbook! I told her I actually already own it, so she gave me a copy of this book, a collection of wit and wisdom from the co-owner and founder of Candle 79 and Candle Cafe, Bart Potenza.

Apparently, these aphorism became known as he posts them in his restaurants, then he put them together for this book. 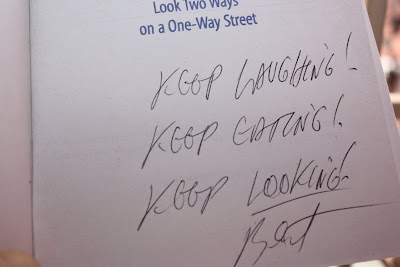 He happened to be sitting at the bar, eating lunch, and she rushed over to get him to sign it for us. We loved that. 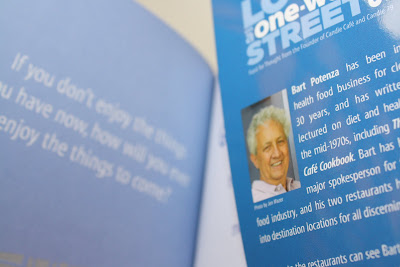 I enjoyed reading the history of their establishments on their website. Bart purchased the Upper East side health food store, Sunny's, in 1984. The previous owner lit candles every night to bless the establishment. He renamed it The Healthy Candle, and it grew from a vitamin shop/juice bar to a full service cafe. He had met Joy, a nutritionist, as she was coming into his store, and they had become partners. They wanted to expand...then in 1993, they won $53,000 in the lottery! Isn't that so fun?! That is how Candle Cafe ultimately came into existence, and now we can all benefit from their lottery win. :) 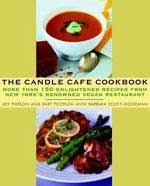 Obviously if you aren't going to be in NYC anytime soon, then I'm just being mean, taunting you with these pictures. I can offer one person a little something in consolation: a copy of The Candle Cafe Cookbook. I have enjoyed using this book myself, and I just love the recipes I've tried.
As Bart Potenza says in his book, "If you want a piece of the pie, you may have to bake it yourself."
To enter, just leave a comment on this post! You're welcome to do any other entries that ya want: follower, blog roll, subscriber, tweet, whatever you want to do - enter as many times as you want. You can even be creative with your entries if you feel like it. (Flattery is always welcome.)Open to anyone, anywhere.
I'll pick a name on November 30, the last day of Vegan MoFo, before I go to bed.
Update: I just wrote another Candle Cafe review here, including a delicious recipe I made from the book. Our first visit to Candle Cafe on this particular trip is here.