A Take-Out Day, Tennis, and A Girl Can Dream 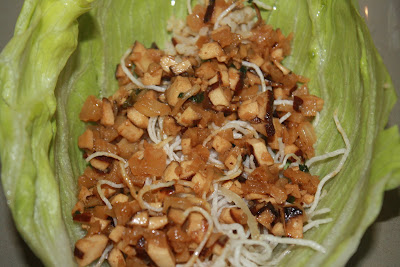 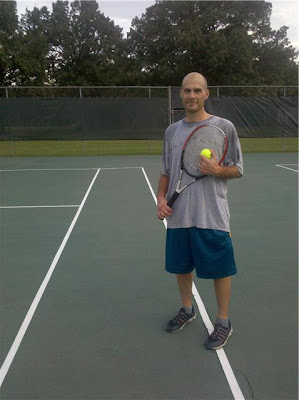 Then we headed out for a little action on the court. Ryan was a totally rockin' player back in the day. It has been years since we've played together. It felt really good to get out there and sweat. I don't sweat enough, quite frankly. Even when I'm at the air-conditioned fitness center, it's hard for me to really sweat.
It's funny because I was out there doing pretty well, if I can say that. I was thinking, wow, I could really DO this. Maybe I'll even be on a TEAM. Then Ryan serves a few at his actual speed, not the "being easy on his wife" speed...and I realize...maybe I have a little ways to go before I sign up. ha! :)
*********************
Earlier that day, the kids and I had to "go into town" for an appointment. We stopped by Drug Emporium first because my sister Tracy had been telling me I need to check it out. (I think there are a few Drug Emporiums scattered here and there across the U.S. - don't know if they all have health food.) They have a huge selection of natural food products. It's like a mini-health food store in there. In fact, I'd say there's just as much - if not more - than some small health food stores. The prices were good, too. I can't say everything was cheaper than Whole Foods, but there were many, many things that were. They have a big refrigerated/frozen section. Amy's meals were definitely cheaper than at W.F. 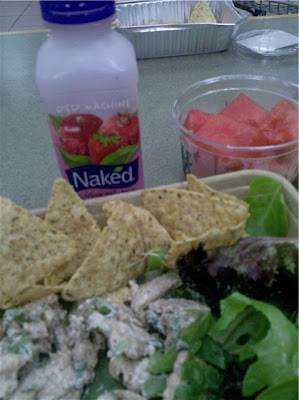 at Whole Foods
my mock chicken salad on a bed of lettuce, spinach, sprouts, and garbanzo beans,
with a few Multi-Grain chips on the side
We still had to stop by Whole Foods for some produce. And I had to feed my starving children. They were subsiding on trail mix and...ahem...a small pack of Nutter Butters from the doctor's building gift shop. Ryan had met us there to watch the kids while I went into my appointment. Later, the kids said, "We ate Nutter Butters!" I said, laughing, "Ohhh, I see. Daddy let you have junk food." My 5 year old very defensively said, "Whaaat? Nutter Butters aren't junk food!" I guess the peanut butter aspect threw him off. (For the record, Nutter Butters, with all of their icky ingredients, are technically animal-product free. Very occasionally, Ryan has the kids in a "gas station food" type environment, and getting a pack of 4 Nutter Butters for the kids to share is his go-to.) 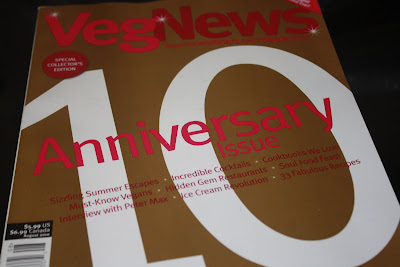 Since my subscription expired, I also picked up the latest copy of VegNews. Obviously, I love it; it's the only magazine I read from cover to cover (even the advertisements). But one of the first places I turn: the New Products pages.

This is the product I'm most looking forward to trying. Hopefully, it will be at W.F. soon. Earlier this year, when I was shopping and happened to see Daiya sitting in the "cheese" section for the first time, I gasped. I think people two aisles over heard me gasp. I may gasp again when I see Tofurky Pepperoni Pizza behind the glass.
I really am trying to move farther away from all of the packaged food. I do want the major bulk of my diet to be whole & fresh with a lot of raw. However, I just can't shun the aisles of the grocery store completely. I have 3 kids, and I'm tired...I can't cook every single thing from scratch. Plus, it's just fun when new products come out on the market.
I'm still waiting on a few things...
1) Vegan canned biscuits (I think maybe there are technically some that are vegan already, but I'm waiting for the organic, non-hydrogenated, non-sugar kind to come out.)
2) Vegan canned crescent rolls (again, a healthier variety)
3) Squeezey cheese in a can! 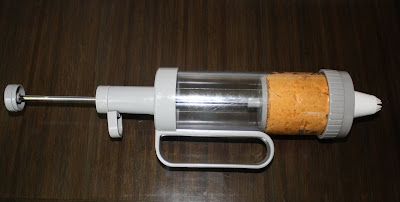 I mentioned squeezey cheese once on a vegan message board, and the great Jo Stepaniak suggested I make a batch of her Uncheese, then put it in a frosting piper. I thought this was a fabulous idea. 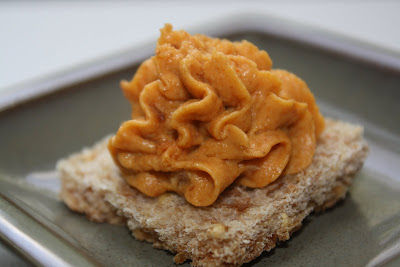 It doesn't completely fulfill the convenience aspect I am looking for, but it's yummy, fun, and looks cute. (Tornado was all too happy to eat my sample here and ask for many more samples to follow.) You could stick the frosting piper in your cooler for a road trip.
So...what vegan convenience foods do you dream about?
Posted by Jenny at 12:00 PM