There is no theme to our MTM meal this week. They just had: 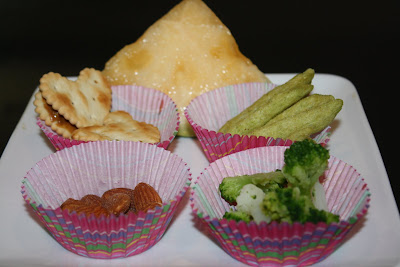 yellow watermelon - which they were particularly excited about (Fun fact: Sissy loves watermelon so much, but she always calls it "cantaloupe," even the red kind.), crackers with cashew butter, Calbee brand Snapea Crisps, almonds, and steamed broccoli & cauliflower 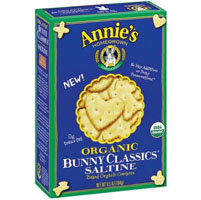 Nothing fancy, but we did get to try a new product, Annie's brand Organic Bunny Classics Saltines, which come in fun shapes.
In other news: 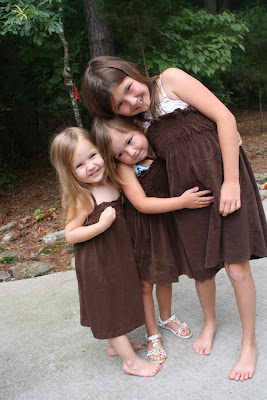 My sister-in-law drove her kids down this weekend for Tornado's birthday party (more on that later this week). As always, it was lots of fun having them around. Sissy just so happened to have a brown dress on, just like her cousins, so they posed for me. 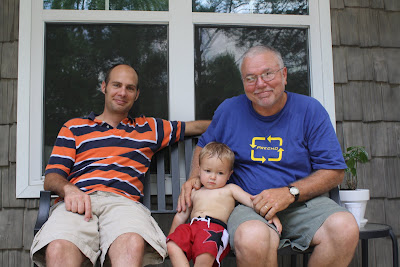 3 of my best guys. Pierson is being so ornery, purposefully not smiling or looking at the camera. 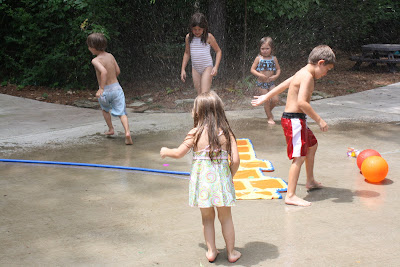 The kids had a blast playing outside in the water. They played with water guns and the new hopscotch sprinkler, that was part of the gift they gave Tornado. 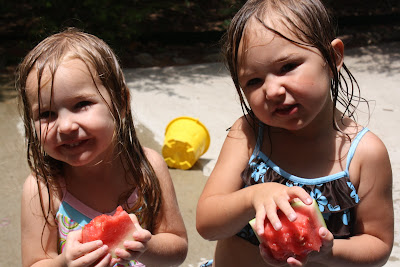 Sissy and Clara, cooling of with (very tasty) watermelon
Posted by Jenny at 8:49 AM