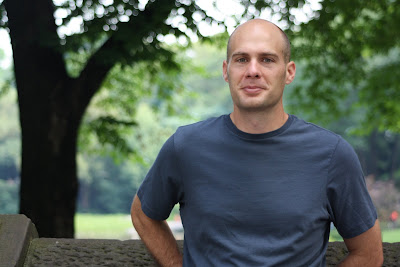 The next day of our NYC getaway began with grabbing some oatmeal, cereal, and fruit at the Whole Foods underneath Columbus Circle. We walked while we ate before settling on a bench outside of Central Park. It was right before this that I lost my sweater. I realized I had left it in the taxi as soon as I stepped onto the sidewalk. What a total bummer. My cardigans are very vital to me, and this one was new and summery. 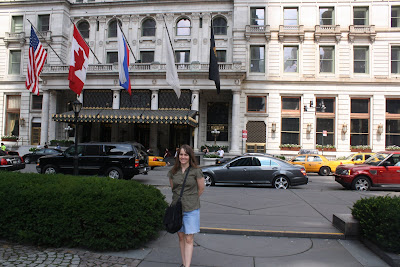 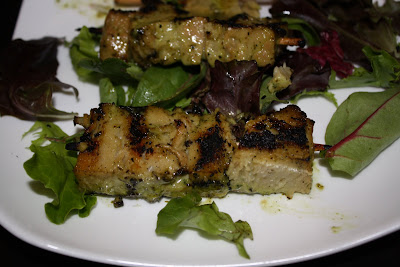 For lunch, we went to one of our favorite places from the past, Candle Cafe. Ryan had been dreaming about the cajun seitan sandwich for quite some time. That sandwich is always our go-to daydream, when we're sitting around and life isn't going too well. I'll say, "We could go to New York and get a cajun seitan sandwich..." In fact, I'm pretty sure it's the whole reason he wanted to come to NYC.
We ordered these citrus marinated seitan skewers for an appetizer (SO delicious; they were firm as seitan is, but when you bit into them, they literally burst with juicy flavor.)... 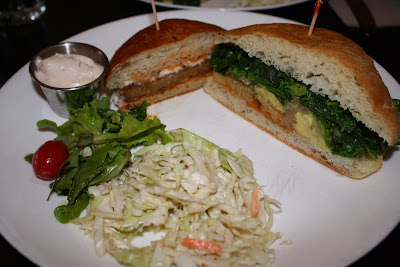 and then we shared the Cajun Seitan and the Tuscan Seitan Parmesan sandwiches. Yum-o. 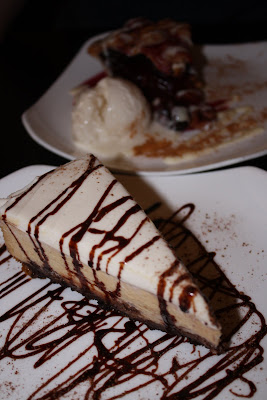 Followed by a little caramel cheesecake and cherry pie with icecream. Ryan's cherry pie crust was so delicious, and I loved that it had glaze drizzled on top. 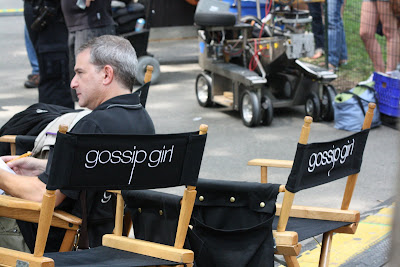 After lunch, we walked several blocks toward the Met, until it dawned on me that it might be closed on Mondays. It was. We took a cab back to the Columbus Circle and walked around a little more and saw production trucks with Gossip Girl chairs in the back. We hung around (inside Central Park) about an hour while they set up their cameras and lighting, etc. 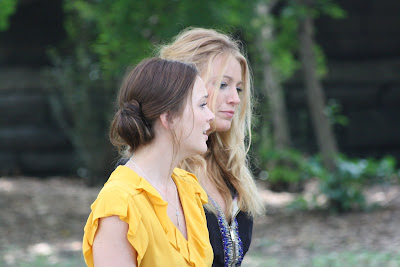 The scene included Blake Lively and Leighton Meester (Serena and Blair). It was really fun watching them film the scene, and I may have gotten into an argument with a papparazzo. I couldn't hear anything they were saying, but we were right in the front row of the action. 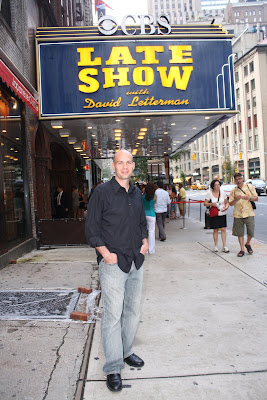 That afternoon we walked to the Ed Sullivan Theater because we had tickets to see the Late Show with Dave Letterman. I had forgotten I'd even filled out the online form for tickets, because I assumed we didn't have a chance of getting them. Someone called me last week, telling me they had tickets for us so I was super excited. I had to answer a trivia question about the show because they only want actual fans to be in the audience. I was a little like - poo, I forgot to study up extra hard in case they call. Fortunately, I knew the answer, anyway. 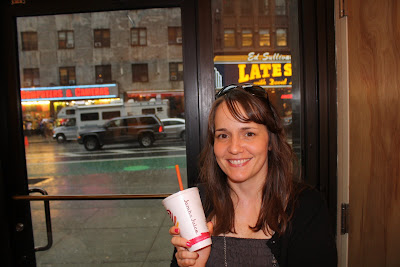 We had to wait in long lines and be herded through several corrals in order to get our tickets, then be told when to come back to be seated. We just had about 45 minutes so we walked across the street to Jamba Juice. While we were in there, it started pouring rain, and we thought regrettably about our two umbrellas back in the room. We waited it out in JJ, then when it was down to a slight sprinkle, ran down to a gift shop to purchase another umbrella, as well as a toy police car, NYC limo, and red tour bus for our three kiddies.
More herding and line waiting until we were finally seated. We had great seats, and the show was super fun from start to finish. A comedian came out to entertain and get the crowd warmed up. Paul Shaffer and the CBS orchestra ran out and were introduced before playing a few songs. Dave came out and talked to the audience for a bit before the taping began. Guests included: Ted Alexandro from the Comedy Cellar and Regis Philbin (coincidentally, he was one of the guests when I was at a Jimmy Kimmel Live taping) The musical guest was Dave Matthews Band; they were great!
It's always so entertaining going to these tapings. It's free, first of all, and they really "do it up" to make it a fun experience for the audience. And it's funny to watch Dave "mess up" or make improvisational jokes, like the time they ran out of cue cards for him. 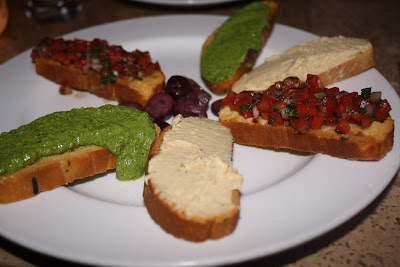 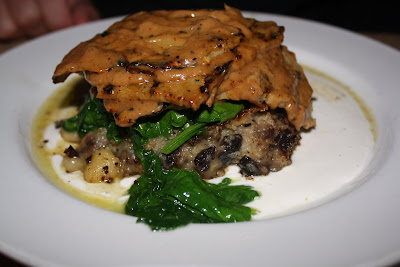 Cafe Blossom is definitely one of my new favorites in the city. I think it was the most flavorful food I've ever had in my life. We made ourselves order entrees because we just love sandwiches so much, it's hard not to order them every time. I don't even remember what our first dish was exactly: seitan with greens, and I don't even remember what that bottom layer was - maybe herb potato cake. But it was all sitting in cream sauce; I've never had anything like it. So good. 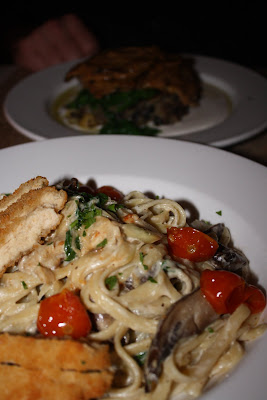 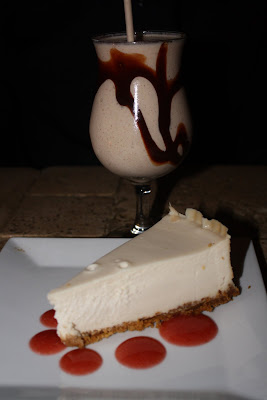 And topping off the evening with cheesecake and a butterfinger shake. We walked all the way home, which hopefully burned off some of the calories from this ridiculously decadent feast. We have been taking long walks all throughout the days. Just in case you were worried we have only been eating.
Posted by Jenny at 4:40 PM