Arkansas Gets a Vegan Restaurant!

With my posting unpredictability lately, I know you weren't expecting another post from me so soon! But I have had a strange surge of energy this week. 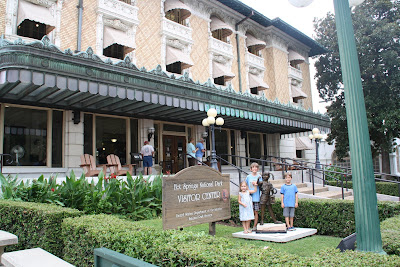 Hot Springs Visitors' Center
A few Sundays ago, my family and I spent the day in Hot Springs, which is a little over an hour away from our house. The occasion: Arkansas now has a vegan restaurant called Garden Secrets!!! Squeals! You know I rarely go out to eat; this is great news for us.
I'm always a little nervous about trying a new, independent vegan place because there are those vegan restaurants that mean well - but are a little underwhelming with food that is not worth going out for. We were really happy with it, though! Everything we ordered tasted great and looked nice. 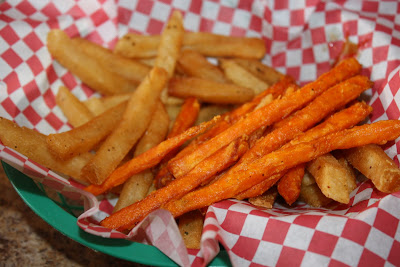 We started out with a couple of orders of regular and sweet potato fries. I'd strangely been craving fries ever since I watched Crazy, Stupid Love (my favorite movie at the moment which is so funny and heartwarming that I saw it twice in one week). There was a random scene or two with Ryan Gosling eating fries at a bar, and I couldn't stop thinking about wanting fries (which I rarely have because of the not going out to eat thing). I don't know if it was the fries or Ryan Gosling. Probably both. I went home the first night I watched it and made oven-baked tater tots, which was a temporary fix. But it wasn't the same as having actual restaurant fried fries. 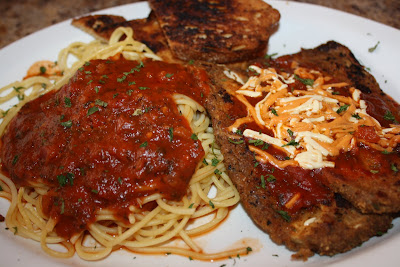 I ordered Eggplant Parmesan ($10.95), which came with a big side of spaghetti and garlic bread on the side. (Had to scrape off the burnt part of the toast.) I thought it was really good! I thought they were generous with the portion size. 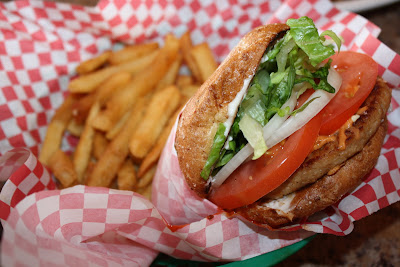 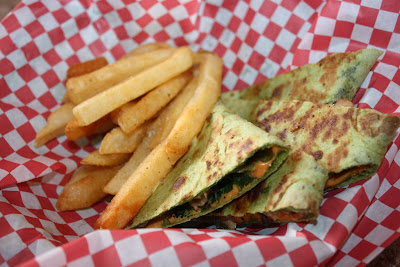 The kids ordered Garden Quesadillas with "cheese," spinach, and mushrooms (no mushrooms for the youngest two) on spinach tortillas. Good! 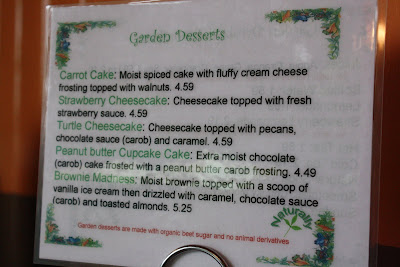 I was super, duper excited about dessert, knowing I was going to order the Turtle Cheesecake and hoping someone else would order the Strawberry Cheesecake so I could try it. But tragically, they only had one or two desserts that day, not including cheesecake. 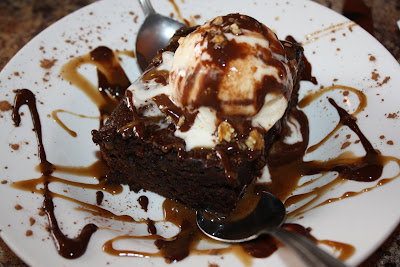 I went without dessert (although tried one bite for blogging review purposes, of course), but the others shared two orders of Brownie Madness. 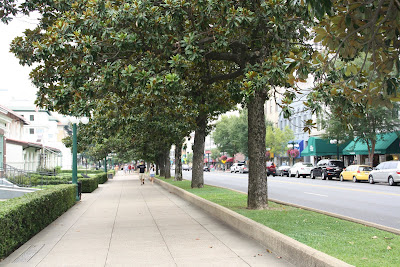 After lunch, we spent some time walking along the main downtown street. (The row of historic bath houses are on the left.) We went in a few shops, walked along a trail that looks out over the city, and dipped our fingers into the "hot springs," which are REALLY hot. 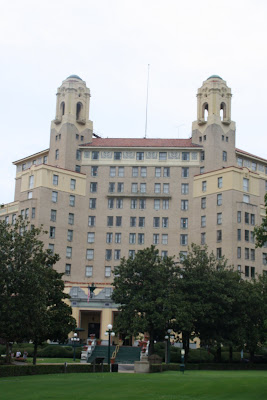 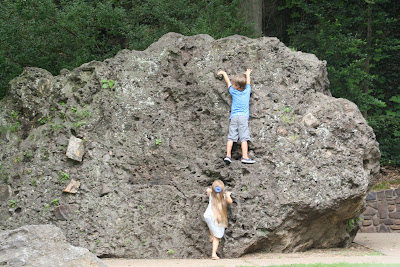 Here is the facebook page for Garden Secrets. They seem to be getting good reviews, so far. The only downsides: 1) They are closed on Saturdays. 2) The menu in the restaurant was a bit smaller than the one online (and not sure if that is always the case). We always look at online menus ahead of time, so that was a little disappointing.
I hope this place sticks around!
Posted by Jenny at 11:17 AM