So long without a post! I always miss my veggie friends when I'm offline. I have so many pictures of food, I hardly know where to begin... 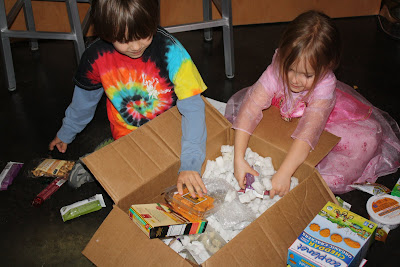 This was the last order we had placed with Vegan Essentials several months ago. There's nothing like a big box of vegan food delivered to our door to get us excited! 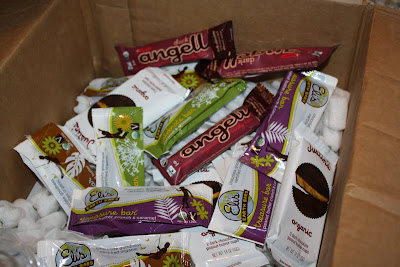 We ordered a lot of candybars. But if you want to get your fair share in a family of five, you have to make sure there's plenty to go around. And I had really wanted to try all of the new types. We also like to get as much as we can when we're paying for 2 day shipping.
I was excited about trying all of these bars because as tasty as the Go Max Go candy bars (which are sold at our Whole Foods) are, the ingredients are too un-organic for my preference (corn syrup, soy protein, etc.). The ingredients for all of these are much better, I think. 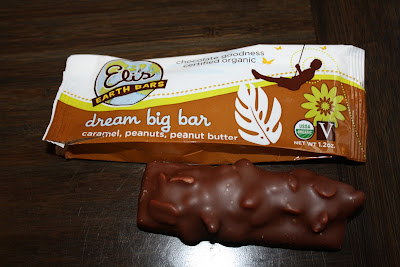 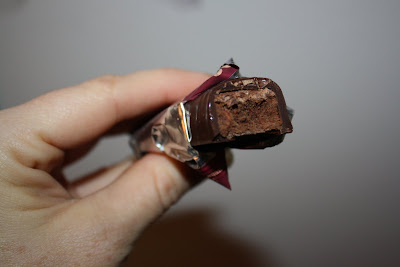 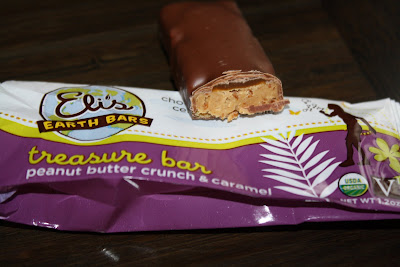 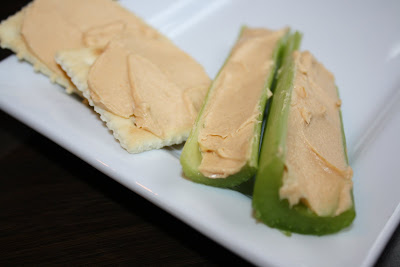 We Can't Say It's Cheese Spreads by Wayfare Foods. I liked the taste of this. My oldest kid who likes most things also liked it. My 4 and 6 year olds did not. Between the two of us, though, we didn't end up quite finishing the tub before it had to be tossed. I should have planned my meals toward it better because I'm not a big snacker. I probably wouldn't order it again for that reason and because I like the cheese dips I made from scratch just as well. But if you don't have time to cook from scratch, try it out. The reviews on Vegan Essentials recommend the Hickory Cheddar flavor.
Cheddar ingredients: Non-GMO Whole grain oatmeal (water, oats), vegetable oil blend (may contain the following: safflower, olive, and coconut oil), sesame, pimentos (pimentos, water, citric acid), nutritional yeast, sea salt, calcium carbonate, onion powder, evaporated cane juice. 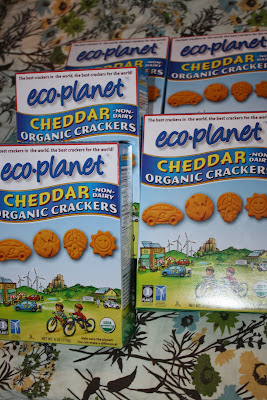 Eco-Planet Cheddar Organic Crackers ingredients: Organic wheat flour, organic sunflower oil, and / or organic safflower oil, and or organic canola oil, organic palm oil, salt, organic flavor (non-dairy), leavening (monocalcium phosphate, sodium bicarbonate), autolyzed yeast extract, paprika, natural vegan flavor, organic onion powder, annatto powder, organic red pepper, papain (enzyme).
These aren't really something I want my kids to snack upon on a regular basis (autolyzed yeast extract, etc.). HOWEVER. Those of you who are around kids might understand that Goldfish Crackers are constantly being thrust into my little one's hands. It's unreal. It's like people think the only things kids can eat are Goldfish and Dum Dum suckers because I can't begin to believe all of the situations and places that hand those things out. Get creative, people! One of my pet peeves in life: handing out food to my kid without my permission or during times when food shouldn't even be a factor, and I wasn't prepared! It's THE snack handed out to my kids at homeschool co-op snack time. And although my daughter would pass it up for her alternate snack, my 6 year old would not, unless he has another "cheesy-type" food substitute. So I had to stock up on these for the rest of the school year. 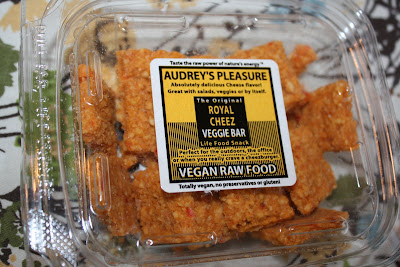 Audrey's Pleasure Royal Cheeze Veggie Bar snacks. I LOVED these. I think 3/5 of my family liked them. 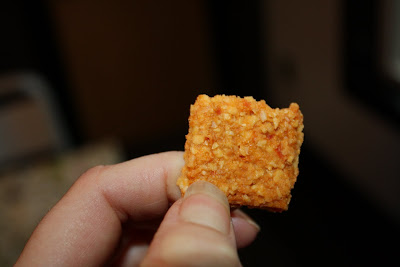 Royal Cheez ingredients: Macadamia, cashews, bell peppers, lemon, spices, sea salt. If I was better about using my dehydrator, I'd try to make something like these babies all of the time. 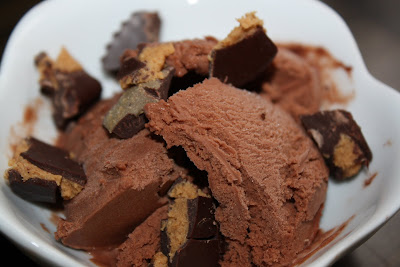 Of course, we had to throw in some of Justin's Organic Dark Chocolate Peanut Butter Cups. I had gotten really excited when my Whole Foods got an order of them in, but it's lookin' like that was a one-time deal. I keep forgetting to find the ordering guy and ask him to restock. I know they sold out the time they had them, and I know this because I bought most of them.
When I was in highschool, one of my favorite places to spend my time was the Battlefield Mall (in Springfield, Missouri). Whenever I got a hold of an extra $20, I'd head to the mall. It would get me a new shirt with enough money left over to purchase an unmentionable product at an unmentionable frozen yogurt establishment. (This was when I was a vegetarian, not quite vegan.) What I ordered looked something like the above. So I couldn't help from make it for my son when he asked for icecream one day. 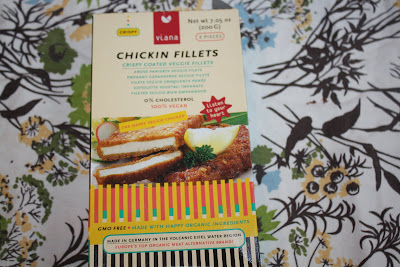 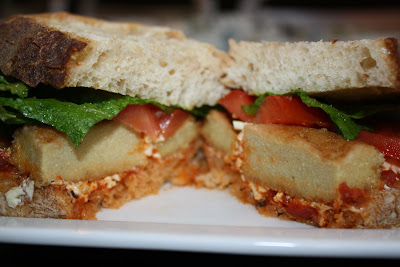 This is one way I enjoyed those. Tomato, lettuce, and warmed tomato sauce with melted Daiya. 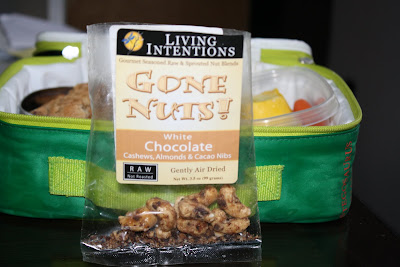 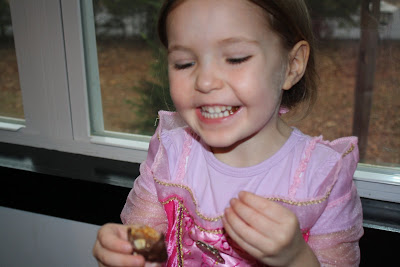 Overall, our order was a success, and plenty of vegan treat-induced smiles ensued.
Posted by Jenny at 10:00 AM