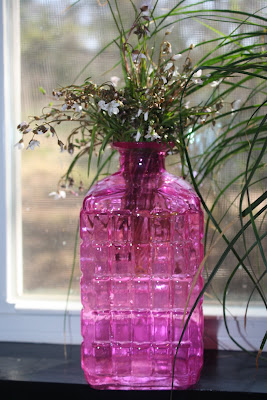 My oldest son presented me with this fistful of flowers on St. Patrick's Day. When we are apart for the day, he almost always has something for me. I usually find at least one drawing in his backpack with "To Mom, From (his name)" written at the top. Love him. 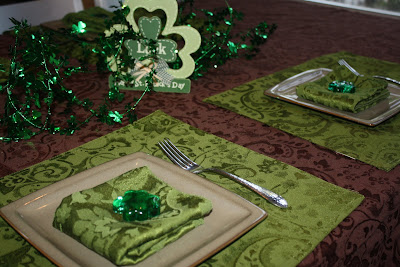 I am currently in "make kids more capable around the house" mode. They do help around the house some, but I am guilty of preferring to just do it myself so it is done correctly and quickly. However, I know I need to put in the time to teach them to do it right, and I know our household will flow more smoothly once they are doing more of their share. (Call me optimistic, but my plan is for the three of them to completely take over the laundry.) They're definitely old enough and capable (or at least could be) enough.
I said all of that to say, my 5 year old sat the table for me! 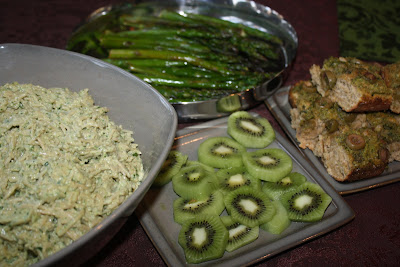 Every year for St. Patrick's Day we have a smorgasbord of green food, like this one. I wanted to do something different this year so I picked two dishes I'd never made. 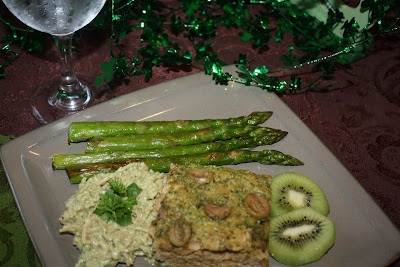 For the Pesto Pasta, I used this recipe (subbing half of the oil with almond milk and a mixture of parsley & spinach instead of basil) for pesto. I wouldn't say it was delicious. It was okay. I probably didn't love it as much because it wasn't salty, and I didn't salt it at the table (since I'm trying to cut that out).
I liked the Pesto-Olive Foccaccia a lot. I think I could have left it in the oven a little longer, but I was trying to hurry things up. And I could have probably kneaded it better, etc. to make it lighter, but my son was helping me...and again, I was in a hurry.
The roasted asparagus (which was lightly misted with olive oil, Braggs, Coconut Aminos, spices, and lemon juice) was delicious. It got 10 thumbs up.
And then, of course, there were kiwi slices on the side "just because" they're green, pretty, and yummy. 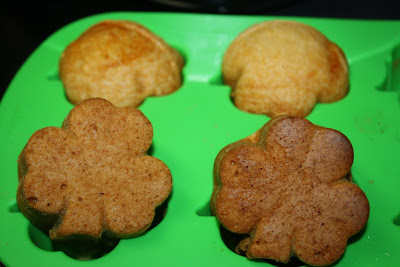 I was disappointed in our silicone shamrock cupcake pan. They didn't resemble shamrocks after they rose. But they did when I turned them over.
I used the Simple Vanilla & Agave Cupcakes recipe from Vegan Cupcakes Take Over the World. It uses agave nectar (which browns quicker) as the only sweetener. They had more of a muffin taste, and we liked them. 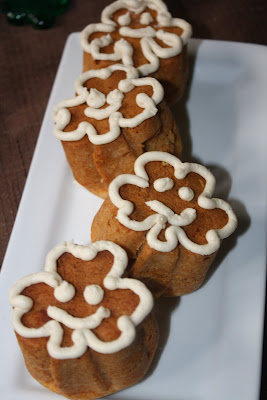 I decorated them upside-down. Which was kind of weird. But I'm only trying to impress the 10 and under crowd here, so it's all good. 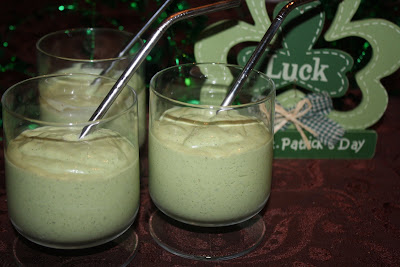 I also tried making Shamrock Shakes. I looked online, and there appeared to be many recipes supporting the addition of avocado into a creamy, delicious shake. After making them, I'm still not convinced of this. I think it's just not for me. I should have stuck with a green smoothie, which would have been delicious. My line of thinking was that if a green smoothie is delicious, then a green milkshake has to be that much better.
I used Purely Decadent Coconut Milk ice cream and added avocado and kiwi. Maybe if I hadn't made these myself and didn't know that it contained avocado (which I LOVE in non-dessert foods), it would have tasted better to me. I have food mixing issues. I also added just a bit of frozen kale to make it greener.
The verdict: 10 year old and 4 year old drank theirs right up, and my husband said he liked it, too. My 5 year old didn't like it, though, so I used his to make popsicles which they ate right up this morning. 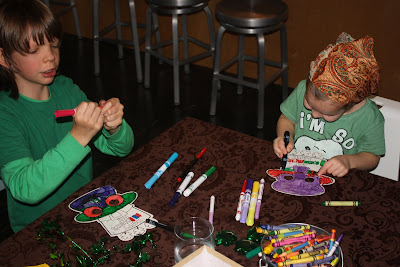 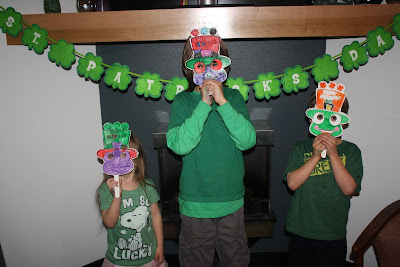 Lots of "luck" and blessings to you all this weekend!
Posted by Jenny at 1:23 PM