Eat to Live - sort of

I mentioned in my last blog post that I went on the Eat to Live diet for 2 weeks. And that I lost 4 pounds on it. I bought the book and was very determined. I'm not finished with the diet; I just got off track a little for various reasons. I think that it forced Ryan and me into some very great habits, though. We're saving money, too, which is an added bonus beyond our health.
I also checked out Joel Fuhrman's book Disease Proof Your Child from the library. I think I was hoping for some kind of diet recommendation that was new to me, and I was absolutely motivated to stick with it. However, it really was pretty close to how I feed the kids already. Great book, though, and I'm still poring through it. 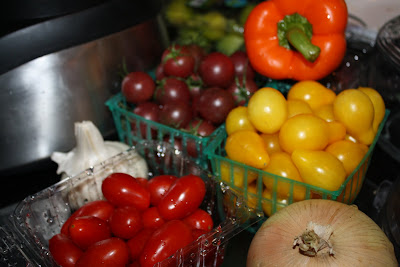 I have been making a lot of homemade salsa lately. I was just sure that these ingredients would make the most beautiful salsa. 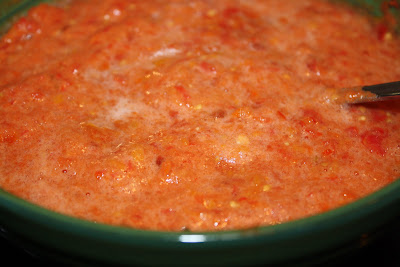 However, I kind of ended up with salsa soup. This was my first salsa-making attempt. (It tasted good, though, and I ate it all.) 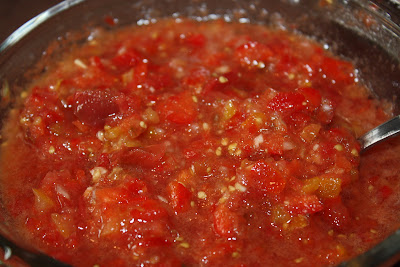 I'm getting better at it. 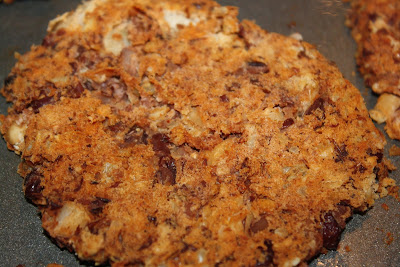 I made these veggie burgers based on Fuhrman's recipe (but I used beans from scratch, not canned). Same ingredients (sunflower seeds, oats, beans, ketchup, and spices); I just didn't go through all the steps of baking them. It tastes delicious before you even cook it. We have went through a lot of these lately, which is good since I'm used to paying $4+ for a box of FOUR veggie burgers. 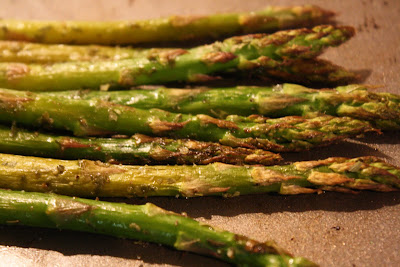 Our new obsession is roasted asparagus. I had some from the Whole Foods deli awhile back, and it was one of the BEST tasting foods I've ever put into my mouth. MY asparagus doesn't taste quite as good as that (I don't know how they did it - maybe it was drenched in oil?), but it's still great. I love squeezing lemon on it after I take it out of the oven. I spray oil on the kids' but leave it off Ryan's and mine. 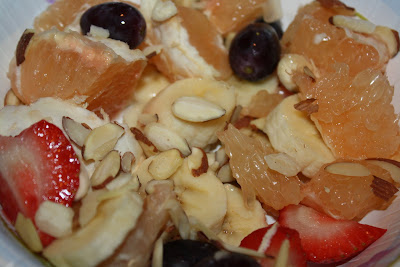 I am a cereal addict; however, I mostly ate fruit (sometimes with a sprinkling of nuts) for breakfast. I also ate my steel cut oats, but I definitely used the oats as more of a condiment. 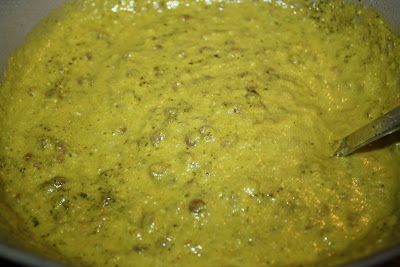 This soup is loosely based on the "Famous Anti-Cancer Soup" recipe in Fuhrman's book. (The only reason I don't follow it exactly: it's a little more time-consuming. You're supposed to juice celery and carrots for the base. One of these days, I'll get around to that.) 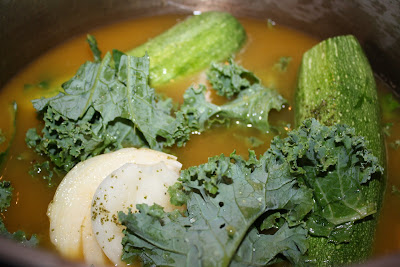 I basically just pour a container of low sodium vegetable broth into a pot and add water. Then I just throw in whatever odds and ends of vegetables I have lying around. (This particular batch I stuck with the original recipe: split peas, onions, zucchini, leeks, carrots, and celery. It also has cashews.) You don't even have to chop them. When the veggies are slightly soft, I puree it all in my BlendTec. (You also leave some of the split peas whole at the bottom of the pot, then pour the pureed mixture back into the pot.) 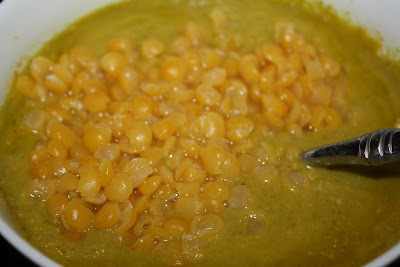 After my second batch of soup, I was getting a little tired...of soup. I added some extra split peas into this bowl to "liven things up" a bit. 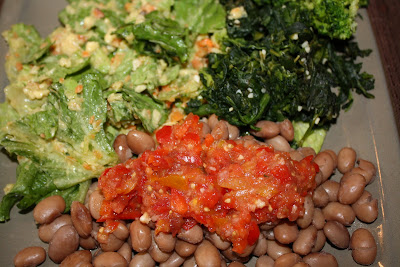 This is what my typical meal looked like while I was following the diet. 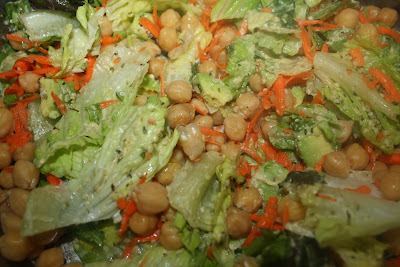 I love salads like this so much that it wasn't a big change to have a salad as one meal a day. I always use my favorite recipe for dressing: Vegan Caesar. It doesn't contain oil (although it does use almonds).
This is why I said "Eat to Live - sort of" - I'm sure not every ingredient I used is technically part of the diet. I used Bragg's. I did put a very small amount of salt in my salsa. I sprinkled Kelp Granules on my soup. I'm just trying to cut way back on salt, and I have to find ways to live through this. After about a week, it did get easier. 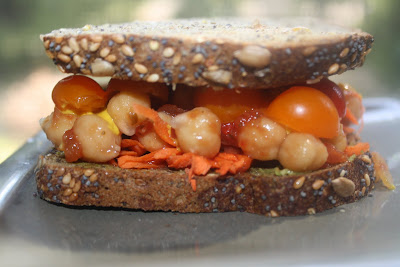 This past month we've moved over to what I call the "Wal-Mart Diet" (which I'll explain another day). Basically, it's part of our money-saving venture. We were doing SO WELL with our budget. I thought we were going to end up spending A THIRD of what we normally spend on food a month. Then Wednesday night, I cracked, just a little over a week before the month's end. I went to Whole Foods and filled my cart. I didn't feel proud of myself so hopefully I've learned my lesson. However, I hadn't had sliced bread in WEEKS.
I just wanted a sandwich.
And it was so good. Funny that my carrot, chickpea, tomato, salsa, avocado, mustard, miso sandwich was so scandalous to me. It was just the price ($5.99 for a dinky loaf of hemp bread) that was scandalous to my Wal-Mart diet. It was the dozen biscuits I made and ate over a 24 hour period that made me realize I needed to go to Whole Foods and buy a few things to help curb my cravings.
***************************************************
BTW, what happened to Stacy (Shorty Can Burn)? Did she announce she was shutting down her blog?
I finally added comments to your responses to my last posts. I'm trying to get better about that. And Ryan thinks the only reason anyone said he was "handsome" was the food. He says you would have thought that of any man with raw, vegan food in front of him. I said that he makes a good point. BUT that he is handsome, anyway. :)
And I really don't always eat an entire citrus fruit one juice pocket at a time. I just really like how they feel in my mouth. But I didn't want you to think I'm that much of a woman of leisure.
Posted by Jenny at 9:11 AM