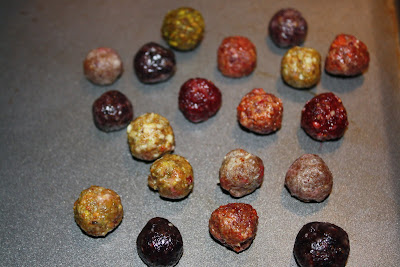 Ever since I saw this "Trix" cereal that shannonmarie from Rawdorable made, I haven't been able to stop thinking about it. I decided to make it last week, even though I didn't have all of the ingredients I needed. (It stinks not having a Whole Foods in my town.) I did my best to make as many colors as I could. I was missing golden raisins (which I think would have been key here), rose water, and dragon fruit, and I was also making them in kind of a hurry because it was getting late. I could have ground up the nuts a little better. I dehydrated them for a little bit. I made a tiny bowl for my supper (that's all I needed - it was very tasty but filling), adding a little... 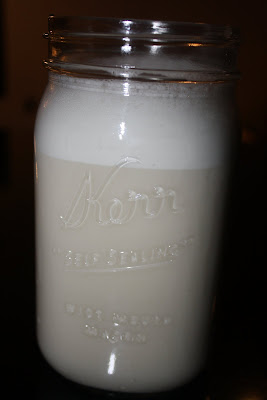 homemade almond milk. I had high hopes for doing away with so many Silk cartons, etc. in our lives...but the kids weren't big fans. I will keep trying to get them used to it. I could definitely see using only homemade almond milk with cereal, cooking, and in smoothies, etc. Would make a great shake with some bananas, etc. It was SO easy to make. Just soaked my almonds overnight, blended them with water, strained the pulp, then blended it again with some vanilla and agave nectar. I tried blending some also with soaked dates to see if that made it any tastier for the kids. Sissy did drink a cup, saying, "Yummy!" 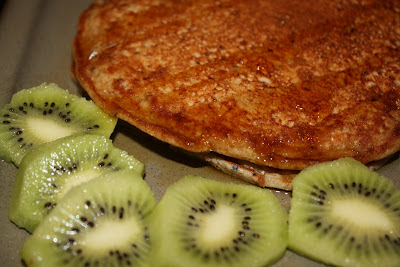 The next day, I made pancakes using the leftover almond pulp. I added Bob's Red Mill garbanzo and fava blean flour (bean pancakes, anyone?), flaxseed meal, and a little whole wheat flour because I didn't know how it would turn out without any...baking powder, dash of salt, almond milk, dried cranberries, pineapple chunks, and blueberries. Obviously, they aren't as fluffy as "normal pancakes," but the kids and I didn't hesitate in chowing down a couple apiece. 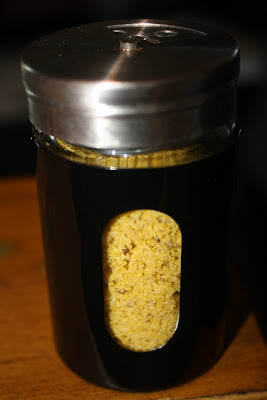 Our new favorite thing...homemade vegan parmesan cheese. I used to buy yummy Parma whenever I was somewhere that had it...but the ingredients are simply walnuts, nutritional yeast, and salt, and that's what we used in ours. Just ground it all up in my mini-food processor. 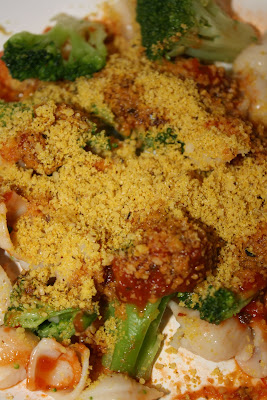 We used liberal amounts with our brown rice pasta, sauce, and broccoli. This is what Dash said,