Although we actually don't eat out THAT often (maybe once week but not every week), it is nice to have places I like in Tampa. In Little Rock, we had a few go-to's. Tampa is no New York City. But I do look forward to eating out now, which is a new addition to our lives. 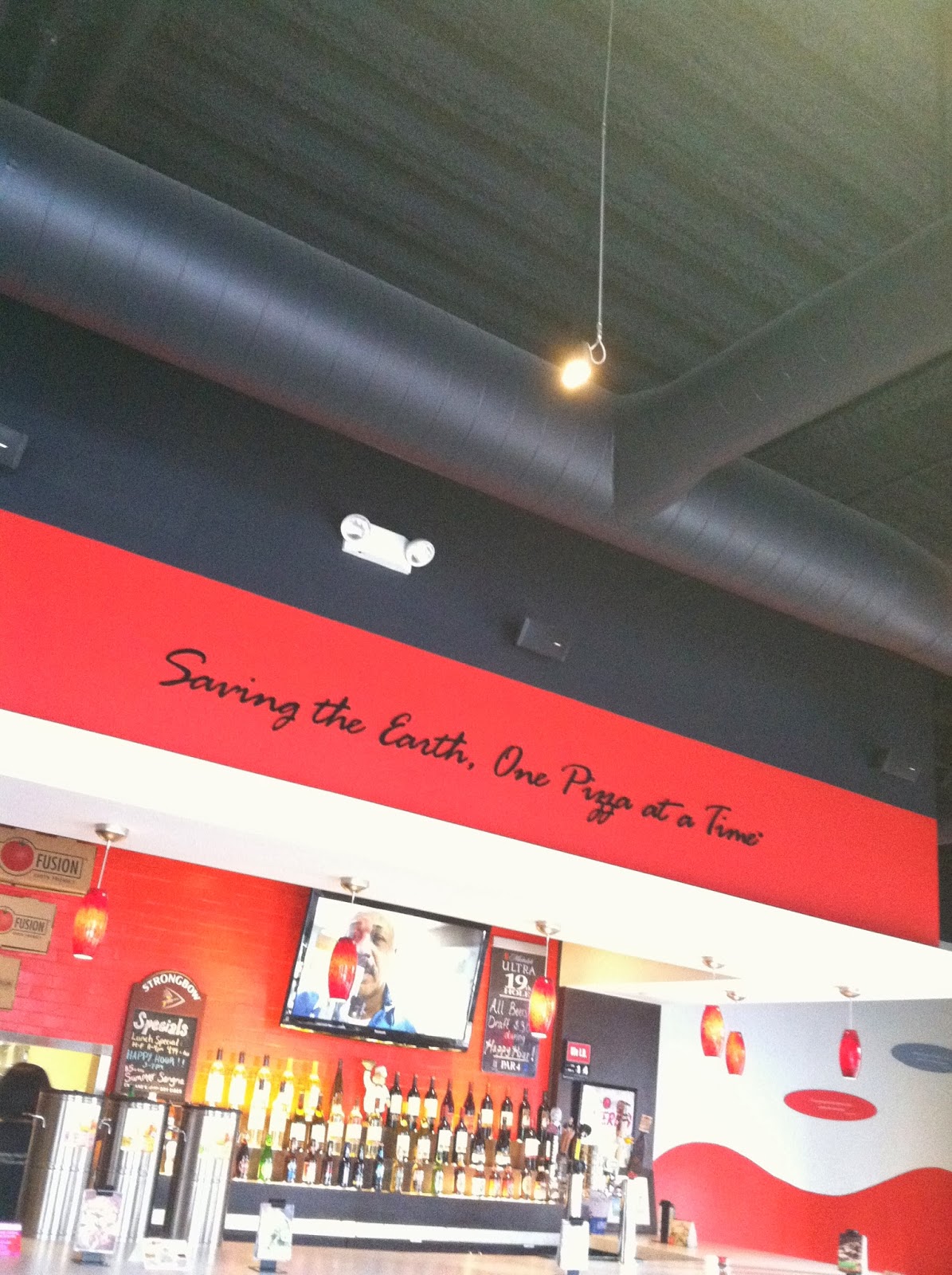 One of my favorite places in this area is Pizza Fusion. There are two that we frequent, one downtown (where I love going) and one in the Westchase area of Tampa (which is one place we like to stop for take-out after a day at the beach). There are several other locations in Florida, as well as spots in North Carolina, Colorado, Ohio, New Jersey...and apparently, I just realized, many Pizza Fusion restaurants in Saudi Arabia. 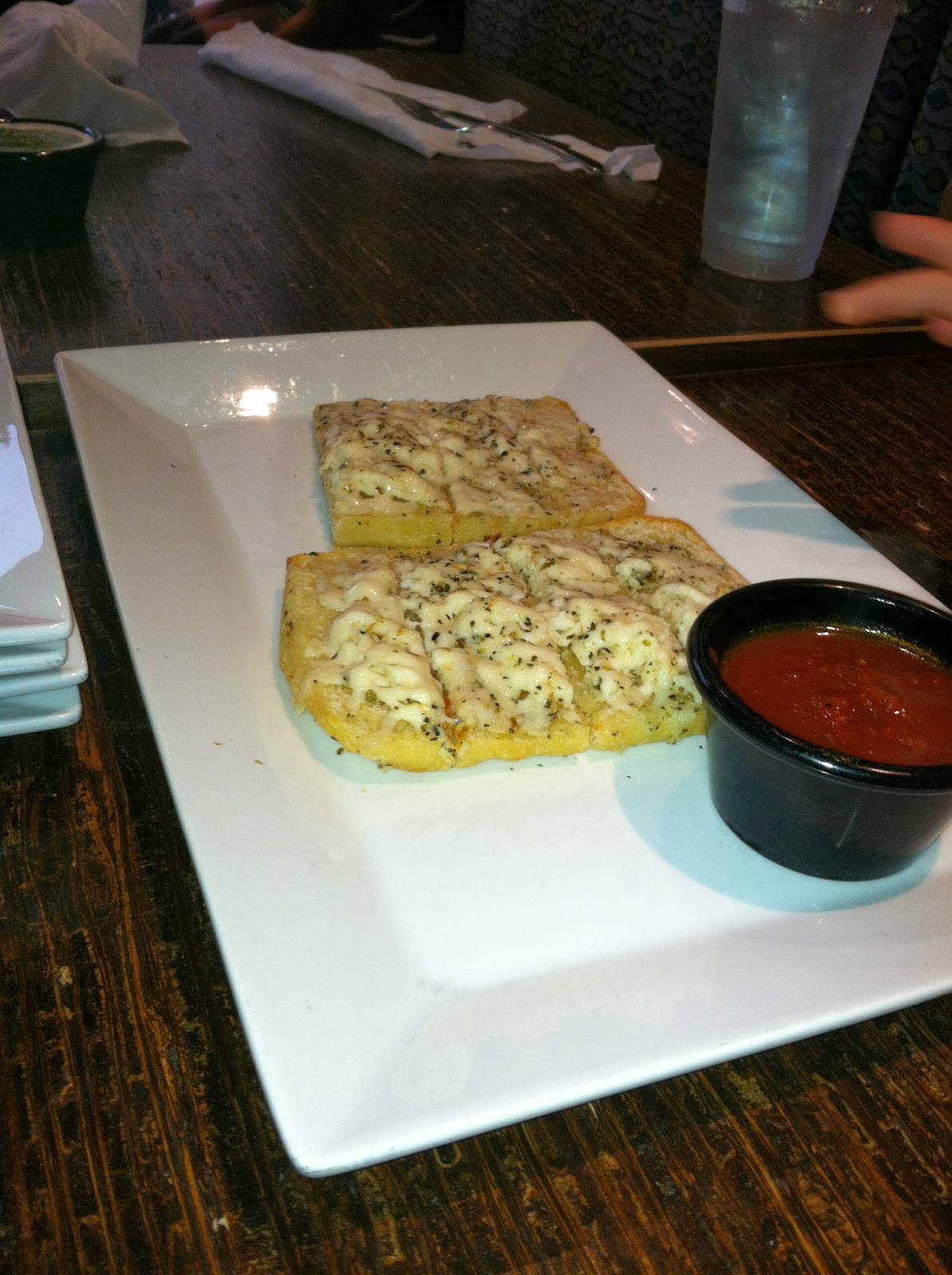 One reason we like Pizza Fusion: vegan breadsticks with Daiya at the location downtown. We tried ordering at the other location, but the waitress looked at me like I was crazy so not sure what's up with that. 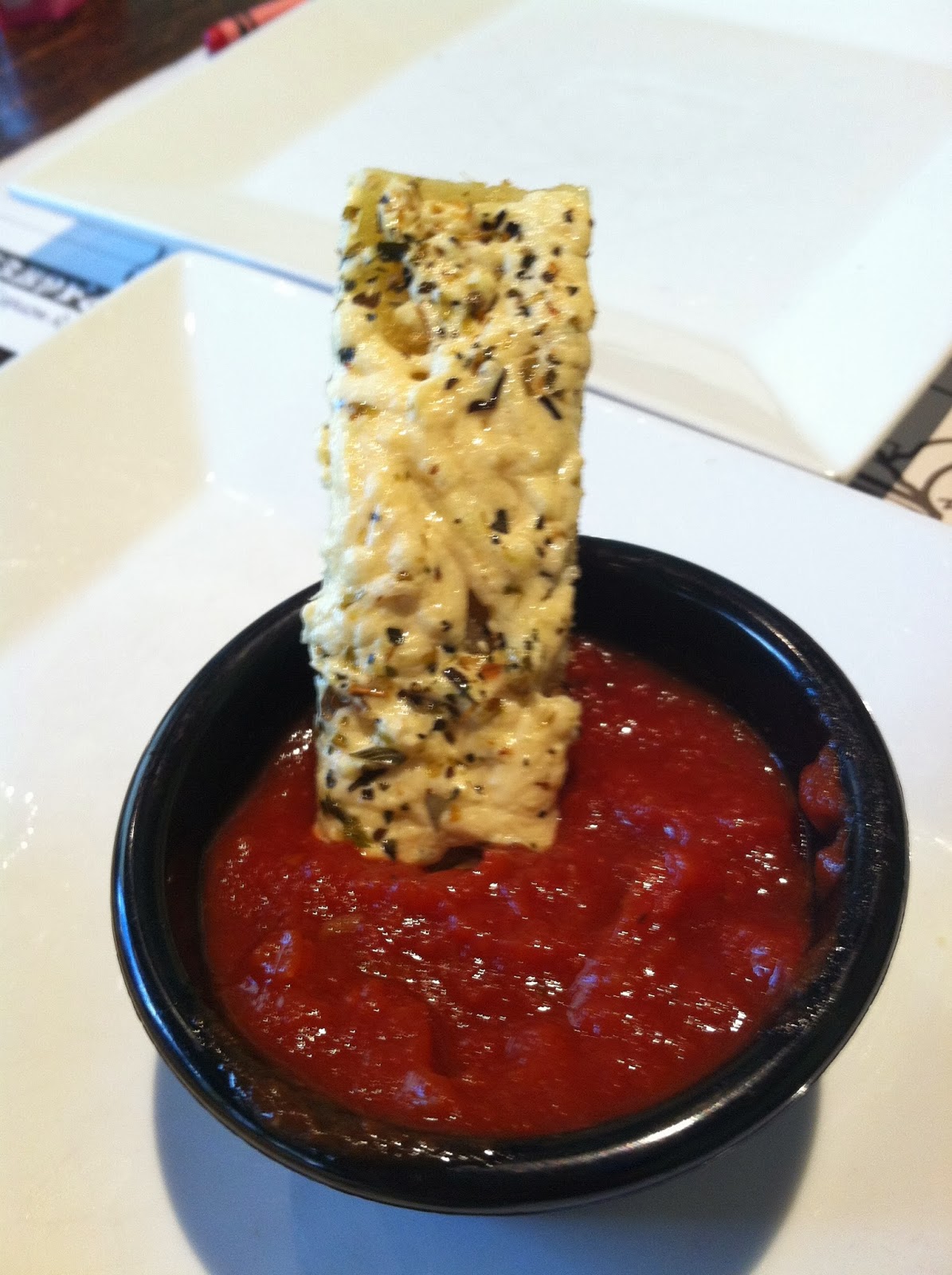 I don't know if we have ever gotten to order appetizers at a pizza place before, so it's fun (even if an order only gives us all about one small breadstick each). We also like the choice of all-natural, organic drinks (like Honest Tea, Honest Kids' juice pouches - and they even have organic beer, etc. if that's your thing). 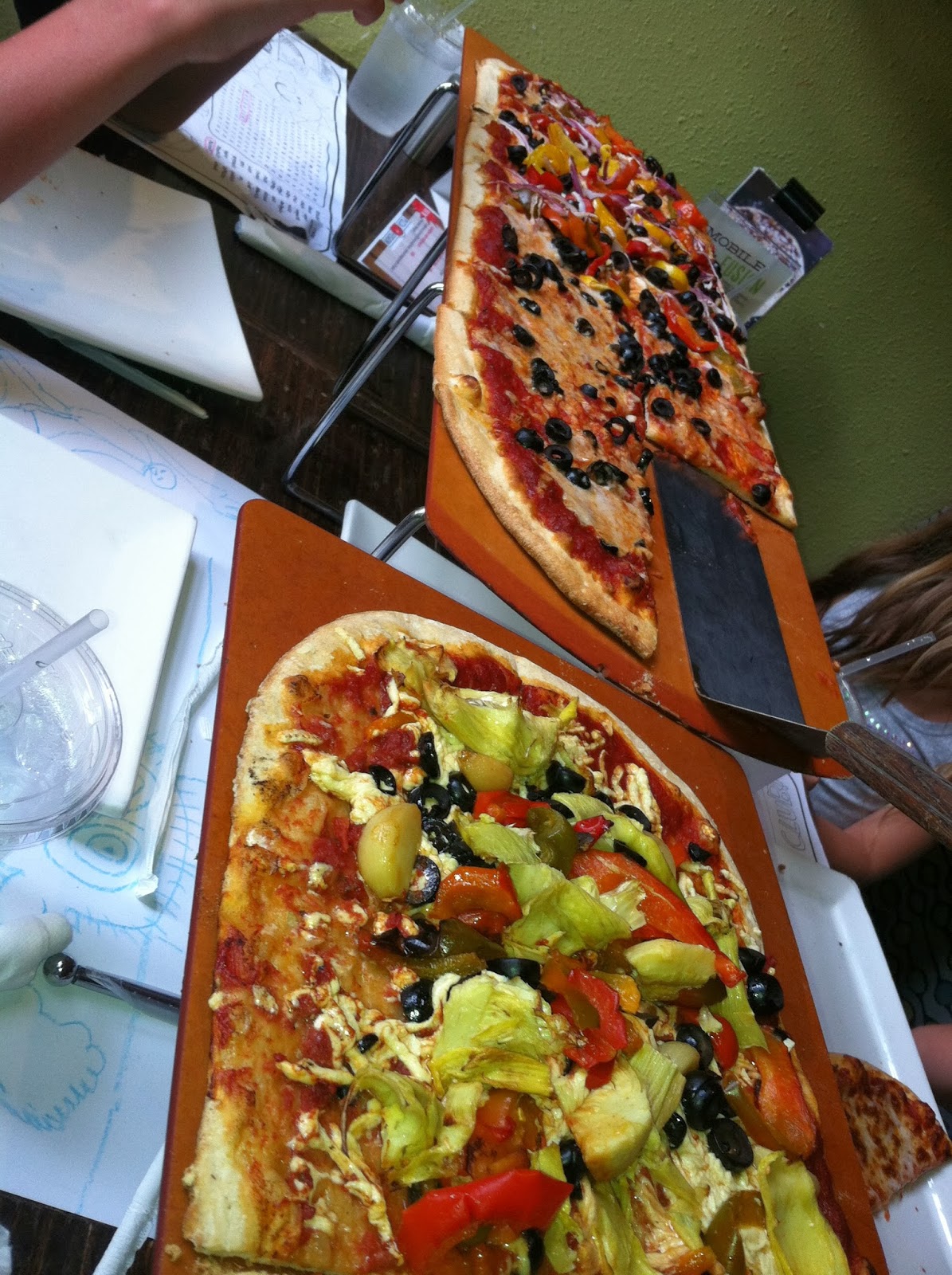 Another reason we like Pizza Fusion: organic tomato sauce and veggies. (We also like the size and shape of the pizzas.) I don't really want to talk about the non-vegan pizza toppings, but let's just say there are words and phrases like "free-range," "hormone & preservative-free," and "organic" associated with them.

Other ways the company is committed to making conscious choices for the Earth: delivering food in hybrid cars, recycling, and using recycled/Earth-friendly products and cleaners, 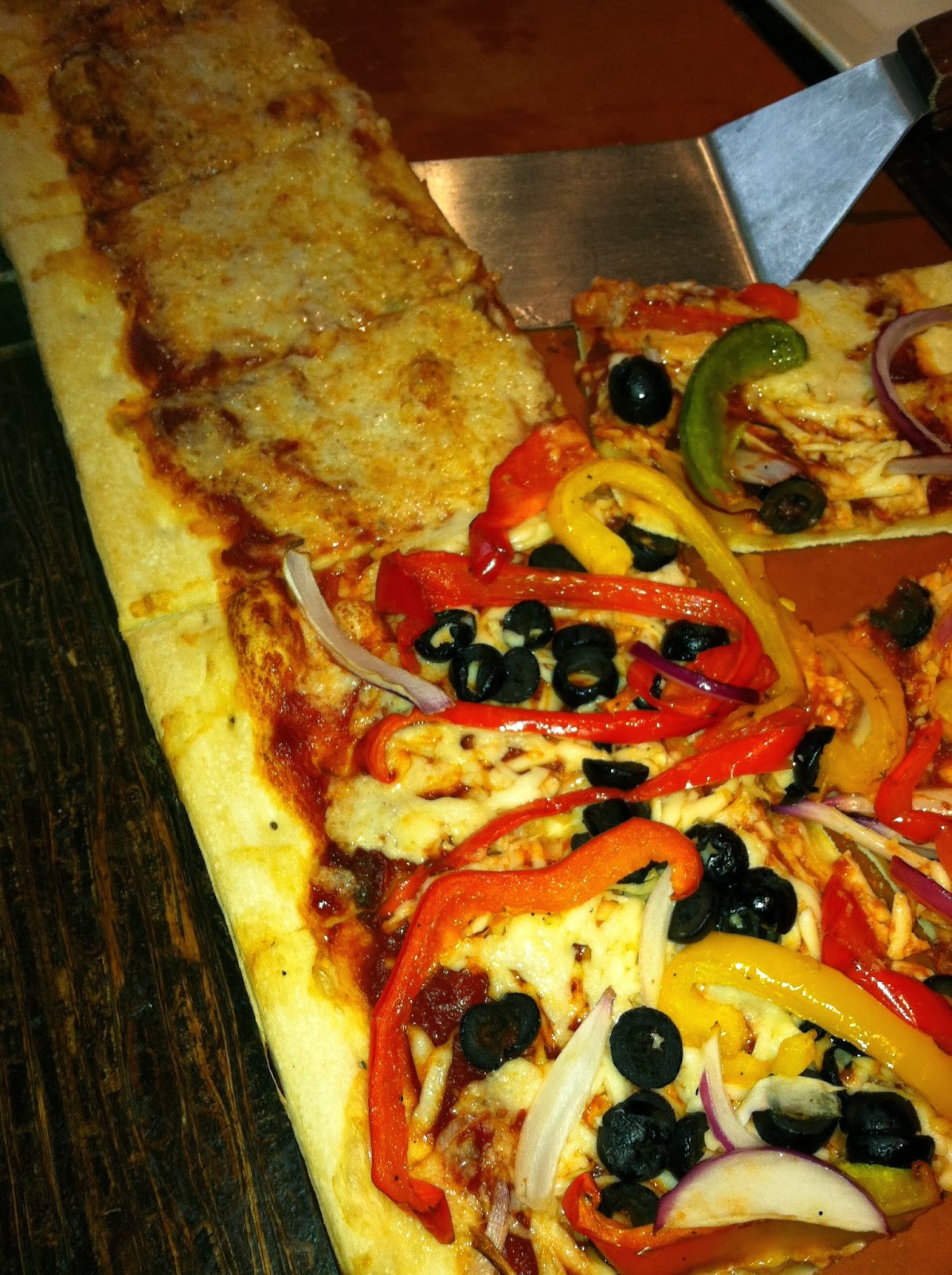 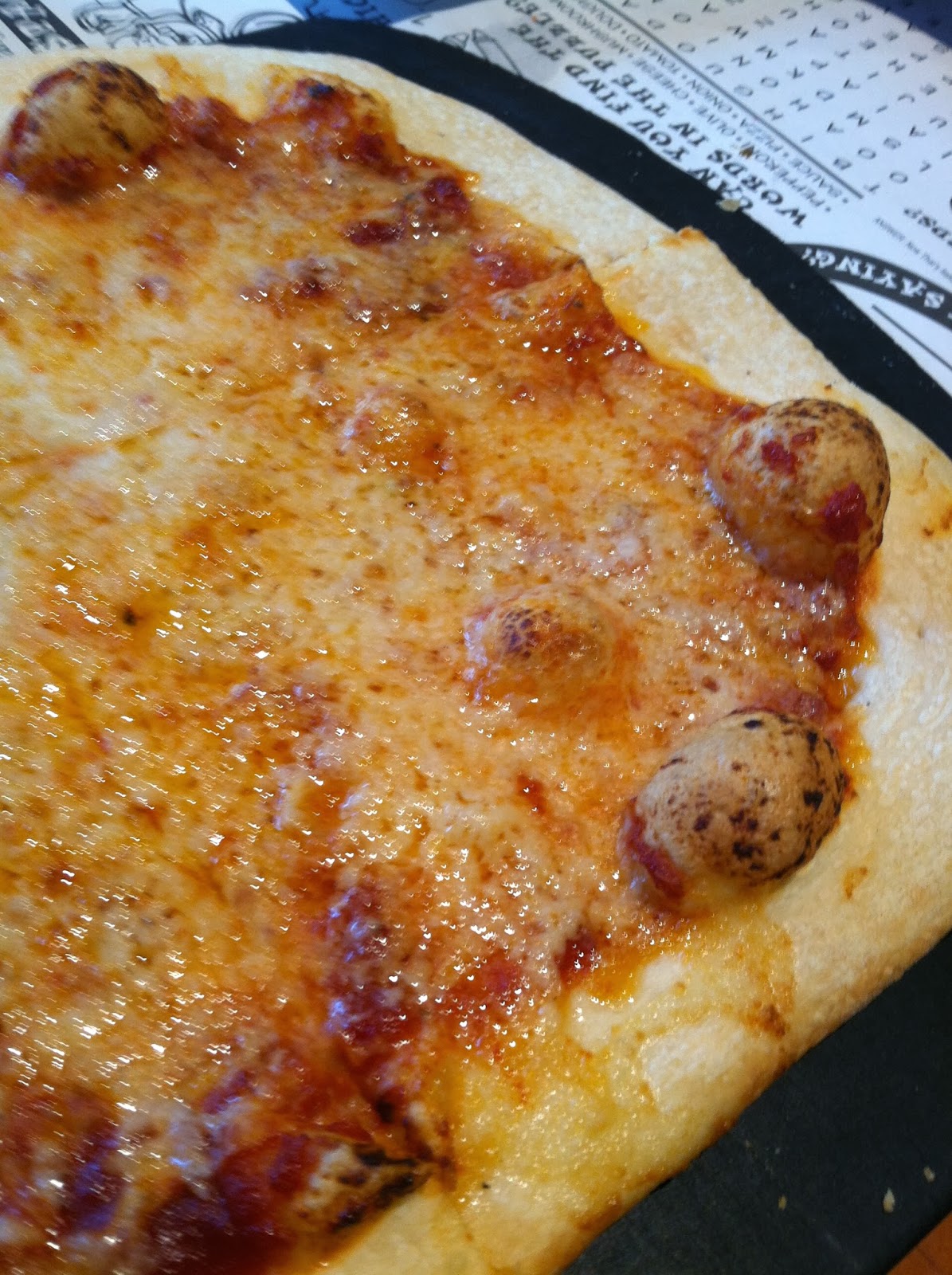 In an effort to eliminate soy protein isolate from my life, I had mostly stopped buying Vegan Gourmet. But I DO prefer it on the pizza here. Ryan likes Daiya better, though. They will do half and half for us. 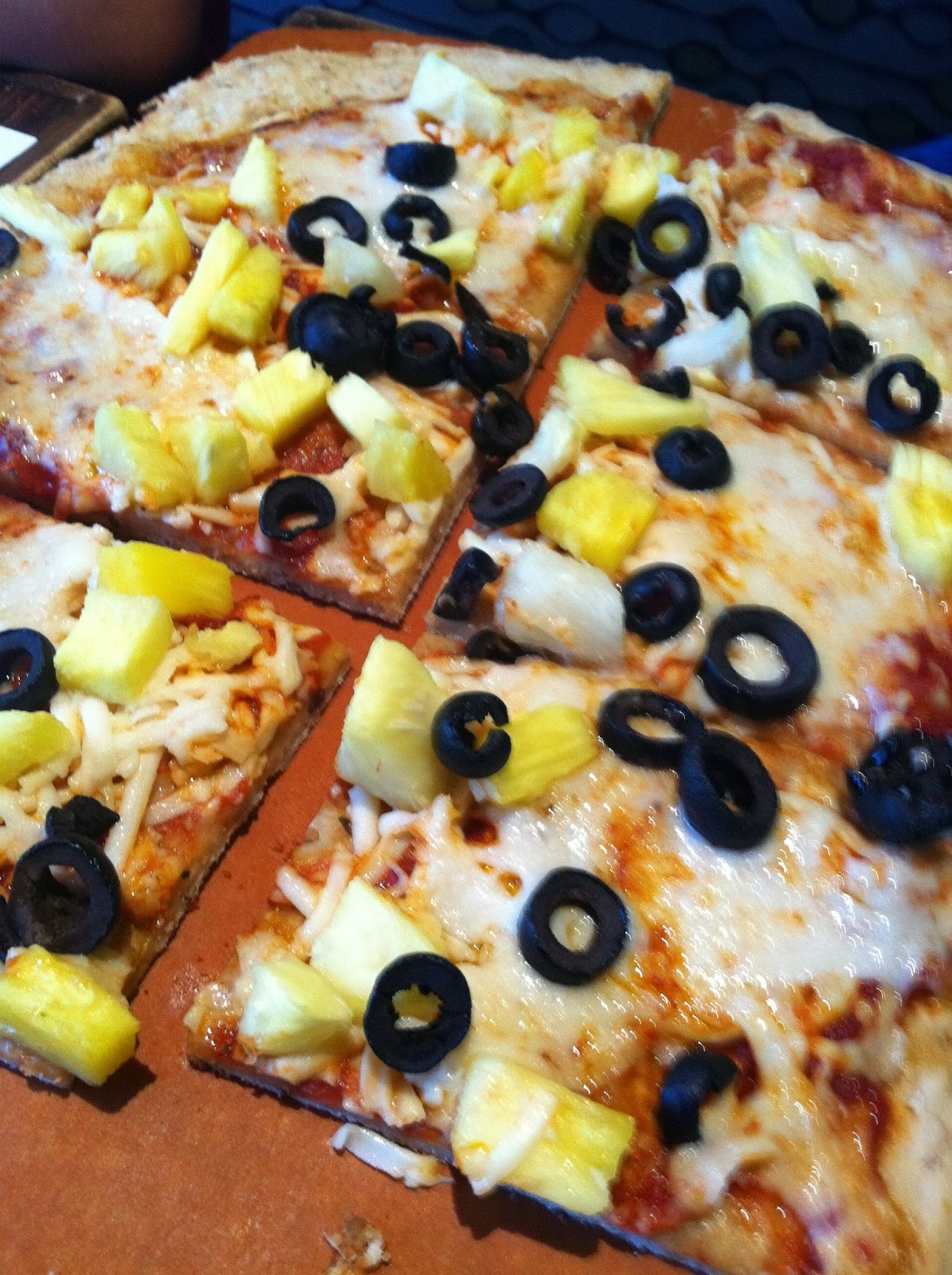 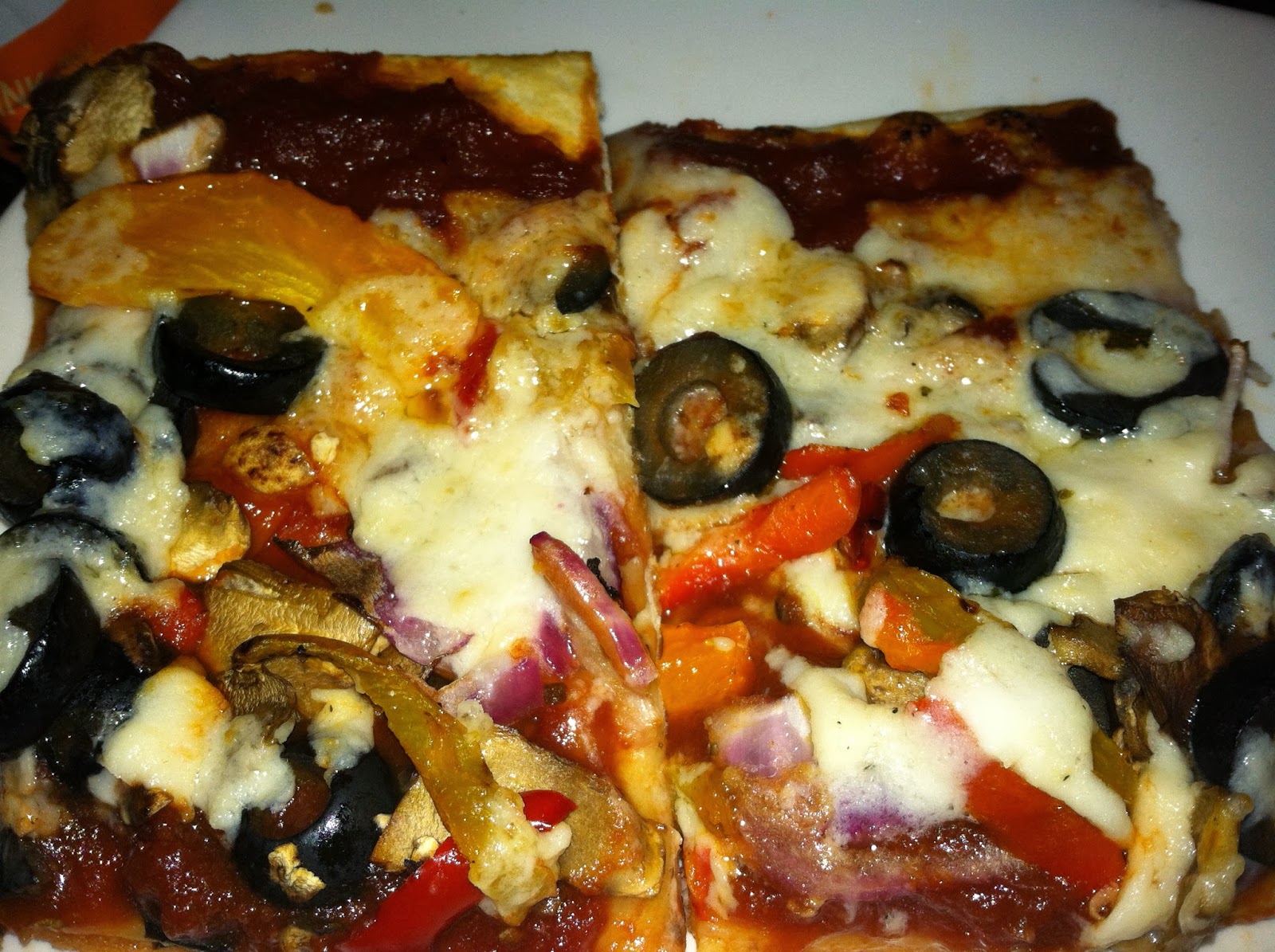 You can choose from
original and multi-grain crust. They also offer gluten-free crust, which I'm told by both locations is vegan (despite two different recipe lists on the website, one which is vegan, one is not). I've never tried the gluten-free crust. But what we HAVE tried are the vegan, gluten-free brownies. 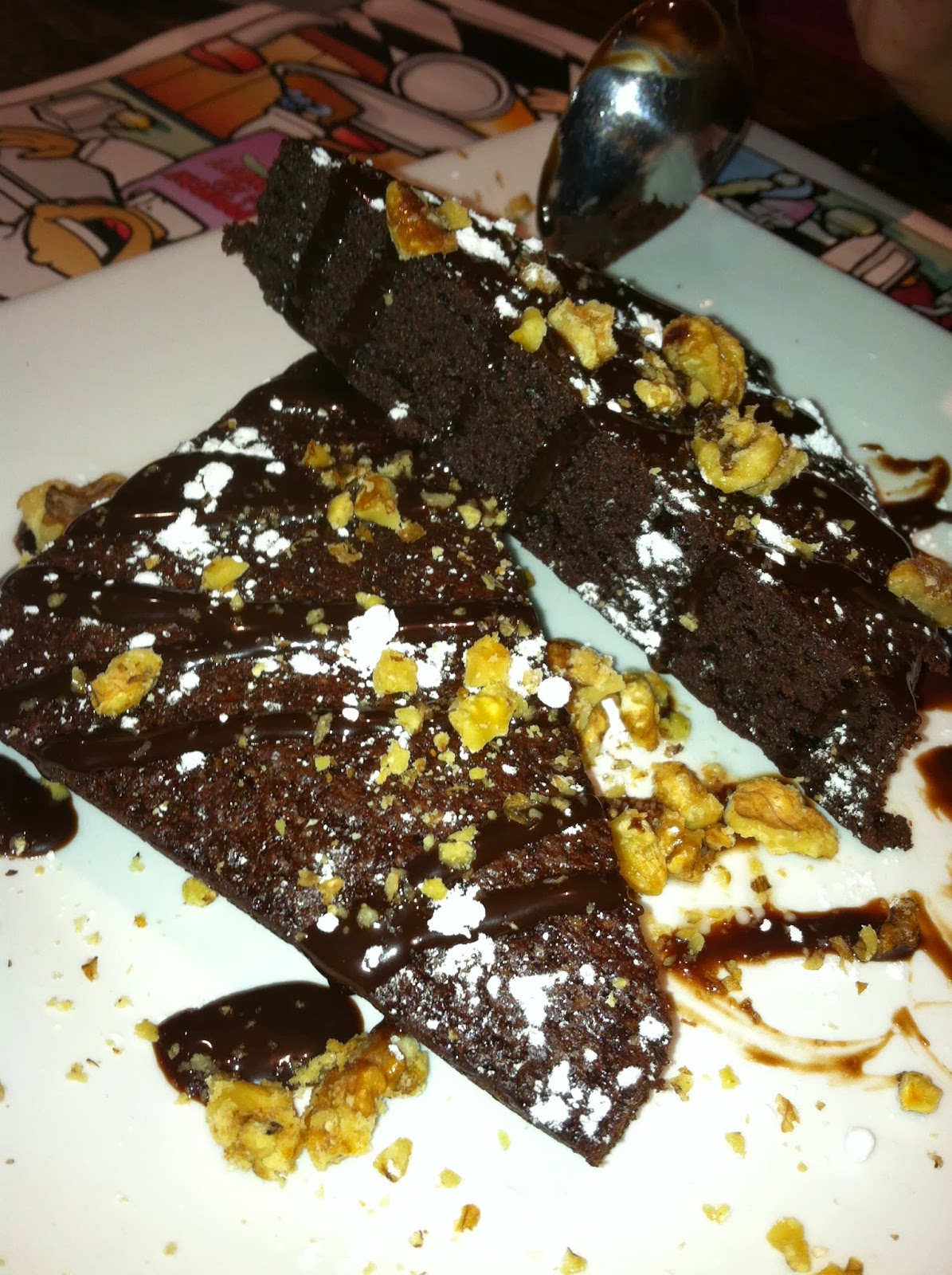 They are not the best brownies we've ever had, but they are good, with the toppings adding a nice touch. And the kids love being able to order dessert at a restaurant.
Another reason I love this place: Once I called in an order downtown, but my toddler was asleep in his carseat. I would have had to wake him up and pay $5 for parking. I called the restaurant, and they let me park in a very temporary spot and brought my order out to me, took my credit card in, and brought it back out. And the girl smiled the whole time she was doing it. I majorly appreciate things like this.