During a bout of insomnia around 3 a.m. the other night, I began reading through several of your blogs. It made me miss you all (well, more than usual, of course)! I just haven't been into blogging lately (as it seemed like some of you had voiced as well), but I'm pushing myself through my writer's block!

I sometimes do not blog because I am so backed up with blogging material, I don't know where to begin. My OC side wants to go in order, but I determined to blog whatever pics I had last taken with my phone! Fortunately, it was decent material.

A couple of weeks ago, we found ourselves traveling through Nashville on an ARDUOUS trip home from somewhere (a location I'll disclose at another time). A good meal was the only thing that promised Ryan determination for the remaining 6 hour drive. And he had to drive because we had so much stuff in our car, he wouldn't have been able to fit his legs on the passenger side. Short legs come in handy sometimes. 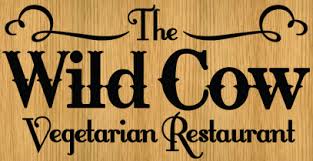 We stopped at The Wild Cow and remained as patient as possible standing with 4 kids (who somehow remained fairly vertical with inside voices) during our wait, which turned into at least 45 minutes. I suppose the popularity should be seen as a good sign. It was even a weird time to eat, like 3:00 p.m. 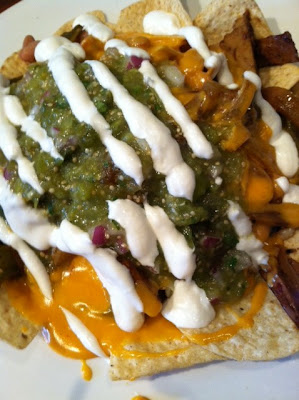 My oldest son ordered Nachos with all the extra topping choices like fajita style seitan, peppers, and onions and avocado (around $10). They come topped with homemade salsa verde and homemade vegan sour cream.

The other kids ordered beans, rice, and a plainer version of the Nachos to share. 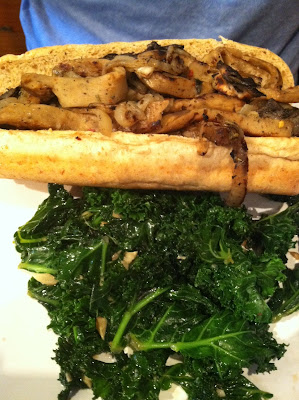 Ryan ordered the French Quarter Dip (homemade seitan, mushrooms, and onions marinated in a Creole seasoning; served on a wheat hoagie with au jus dipping sauce: $8.50) and Garlicky Kale (yummmm) as his side. 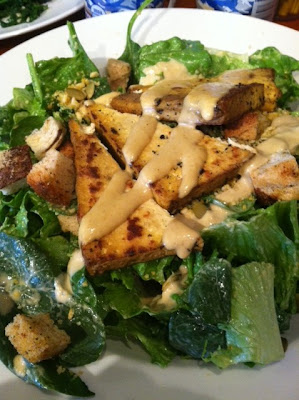 I opted for the Caesar Salad (fresh spinach and green leaf lettuce tossed in homemade dressing; topped with cashew parmesan, seasoned croutons, pumpkin seeds, and grilled tofu, $8.50). It was really delicious, but I have been obsessed with salads lately. I've even been eating salads for breakfast most mornings.

I remembered that I never blogged about our only other trip to The Wild Cow, which was during our 2010 Cross Country Road Trip to NYC. I remember not being overwhelmed with the experience, but you know, maybe it was because of the circumstances rather than the food.

Something had been majorly wrong with our car, and Ryan had to drop us off at the restaurant while he went to find a mechanic. I don't remember what that sandwich was I had ordered for Ryan to-go (I'm guessing Buffalo Grinder, and it sure does look good to me), but I had the Wild Reuben. During our second visit, I didn't remember having that the first time, so I almost picked it again. I'm so predictable.

I do remember being sad that the kids' meal consisted of a piece of bread with Daiya melted on top. But kudos to The Wild Cow for the probably mark-up of that meal. I also didn't love the raw pie I had last time, and I usually love raw pie. So I guess those were my only complaints. Maybe I just wasn't as used to raw pie in 2010 as much as I am now. I should say, though, that the kids weren't at all displeased with their meager offering. They thought it was cool to get cheese toast at a restaurant.

The Wild Cow is entirely vegan unless you ask specifically for non-vegan (hormone/rennet-free cheese) to be added to your meal. That's nice that you have to ask for non-vegan, rather than the other way around.