When I found out the dates of our NYC trip, I looked on an event calendar to see if anything fun was going on. We were just in luck! The Veggie Pride Parade was taking place the Sunday after our Saturday night arrival. I read that costumes were welcome - and might be rewarded! So an hour before we were leaving for the train station in Little Rock, I was hot gluing felt together for my costume. 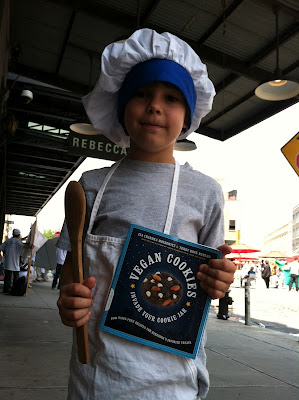 I had given my 7 year old a few costume ideas, and he picked a baking/chef theme for the three of us. 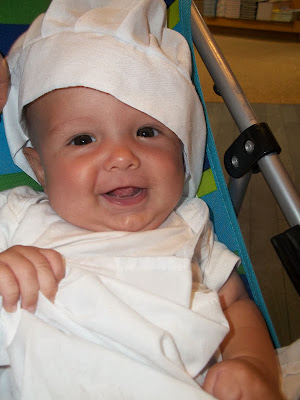 and Baby Brother was his little Sous Chef. 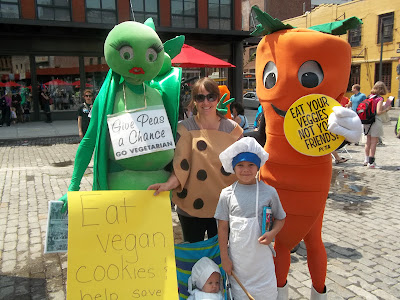 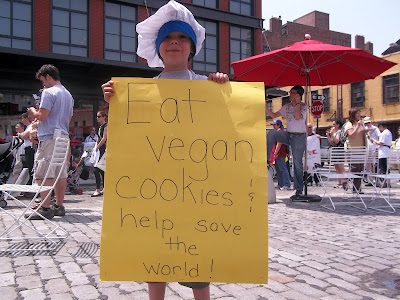 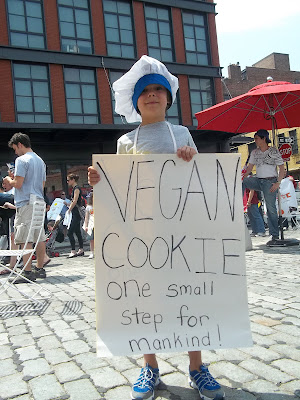 The other side:
VEGAN COOKIE - one small step for mankind!

I'm not impressed with my sign making abilities here, but we were in such a rush. And I just never have pretty sign handwriting! We arrived at the parade site early, thinking surely there would be a store nearby to buy poster board. It was not that easy. (Why is it easier in small town Arkansas to locate poster board than in Manhattan?) We asked cops, we asked everyone, and finally had to hop a cab to hit the nearest Staples.


Scenes from the parade: 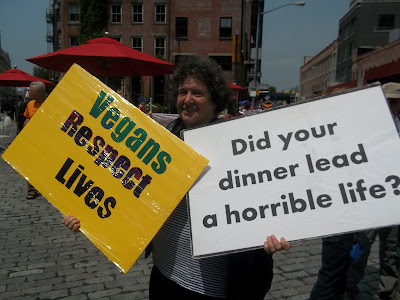 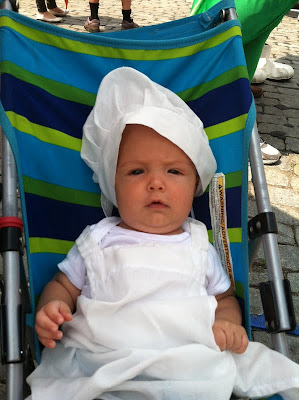 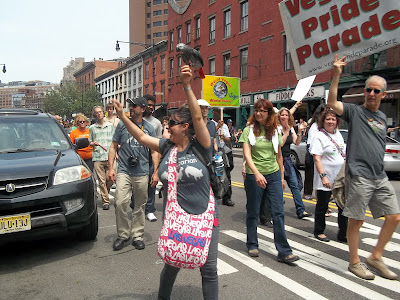 This was a really great experience for my son because I know he feels isolated at times as a vegan. None of his friends are vegan, and it causes him to want to experience and participate in what his friends are participating in, ya know? But he looked around in amazement, "Do you think all of these people are vegan?!" With all of the chanting and cheering, I think it felt rather spectacular to him. 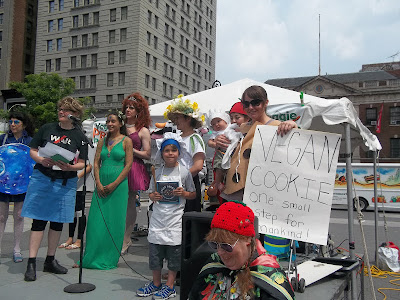 Sometime after the parade, which culminated at Union Square, everyone in costume was called up on stage. 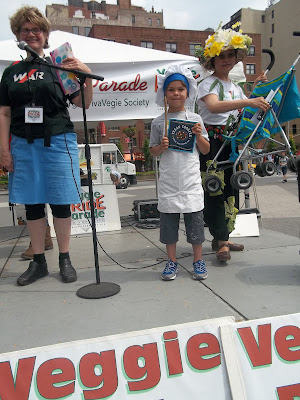 From the beginning, I did not know how my son was going to react to all of this. You'd have to know the little fella. He's so self-conscious. And he's way "too cool" for a lot of things in life. (For example, we were on a field trip to the post office the other day, and his older brother raised his hand a few times to ask questions. He was mortified by this and kept hissing at him to stop asking questions, even though they asked if anyone had any questions.)

But he was taking his role here so seriously! He had the Veggie Pride! :) I was giggling inside, watching him. I loved it. 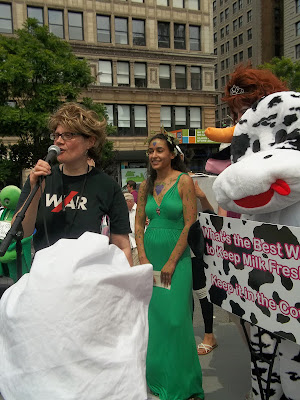 I think everyone who was in costume won some sort of prize. 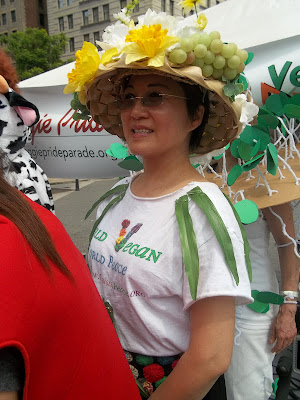 There are more pictures of us and everyone else on this flickr page. 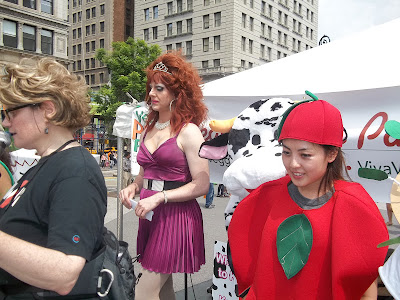 We earned the 4th prize: a $50 gift certificate to Peacefood Cafe! I was ecstatic! 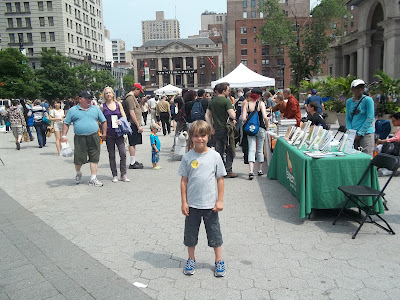 After the parade, we bought cold drinks and ducked into Barnes and Noble for a bit to read books and cool off while we were waiting for the costume competition. Once back outside, we mingled around all of the tables and listened to some speakers. 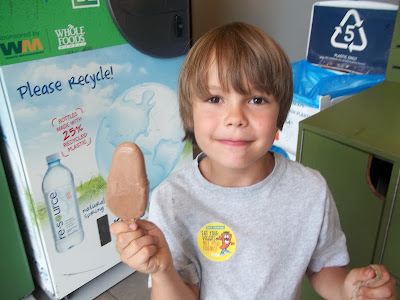 When we were ready to head back to our hotel, I promised him ice cream. We stopped into the Whole Foods at Union Square and were disappointed there weren't any individual ice cream bars for sale. We asked a very nice employee if they had any, and he was so sweet that he came out of the back with two wrapped bars from an opened box that couldn't be sold. My son was thrilled.

Fun day! Thank you to everyone who organized the parade (especially Pamela Rice, author of 101 Reasons Why I'm a Vegetarian) and to Peacefood Cafe (review to come) for our yummy meal. Whether anyone in NYC was drawn into the veggie lifestyle that day, you helped open the eyes of a sweet little guy from Arkansas.