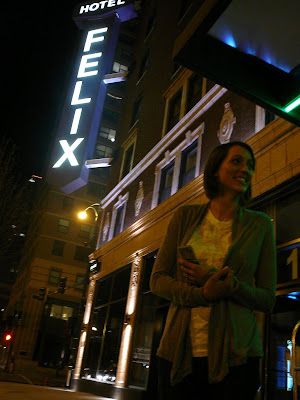 We stayed at Hotel Felix, which is where we stayed during our last Chicago trip.
It is an eco-friendly boutique hotel. We like it a lot. 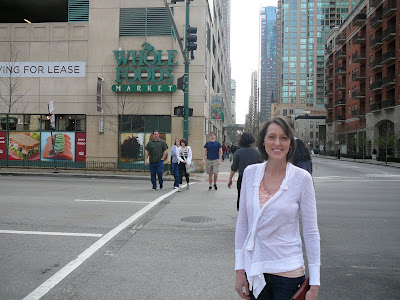 One of the reasons we like it so much: Whole Foods is about a block away.
I kind of wish I lived in those condos/apartments on the right. 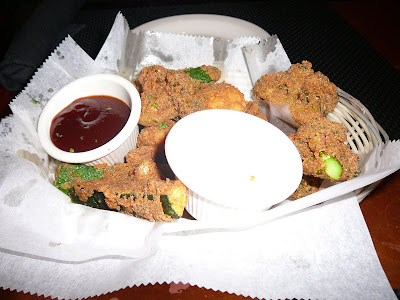 We also like Hotel Felix because it's in walking distance to one of our favorite restaurants, Karyn's Cooked. We got the fried zucchini/cauliflower/broccoli basket. For the record, I rarely ever eat fried foods, mostly only on trips like this. 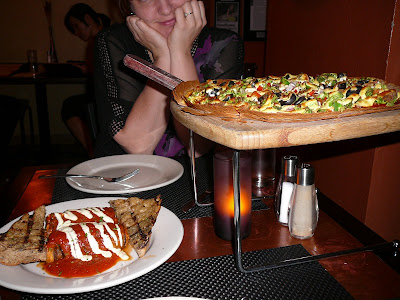 For our main course, we ordered the stuffed eggplant (with garlic bread) and a pizza. Clearly, this is too much food for us. I do this everytime, though, on my first night in a big city. If I lived here, I would be used to it and not feel like I was trying to make up for months of neglect. We didn't quite finish everything, but it was too tough to pass on Karyn's pies, which we got to go.

We walked back to the room and ordered New Moon to watch. In bed with our pie. Really, it was the life. 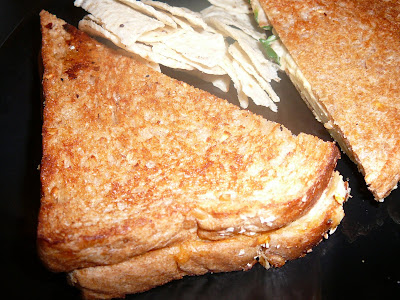 The next day we met our friends, Sarah and Chris, at Delicious Cafe. This was a new, random place we wanted to try. I liked it and would definitely go there again. I ordered a grilled cashew cheese sandwich with un-bacon. I only picked at the chips that seemed like an afterthought. I would have preferred different chips or fruit or something else on the side instead. 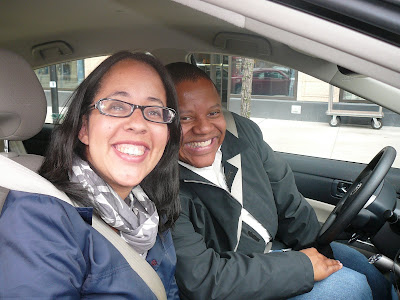 But more important than that, it was great to spend time with Sarah and Chris. Sarah is one of my oldest friends (when I say oldest, I mean longest-enduring). She was one of my first friends when I moved to a new school in the 3rd grade. We wrote tons of letters to each other throughout college, and she was in my wedding. She's one of my favorite people in the entire world, and luckily, she married someone I like a lot, too! 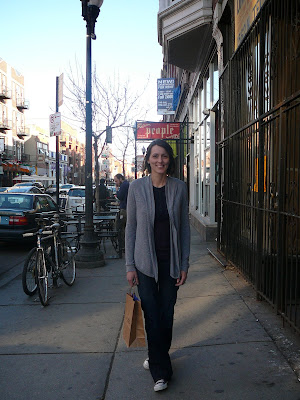 Cary and I shopped that afternoon in the Bucktown/Wicker Park area. Some of my favorite stores in this area are Mojo Spa, Una Mae's, Buffalo Exchange, and my new favorite place is Rudy's Roundup. I wanted to buy almost everything in that store. 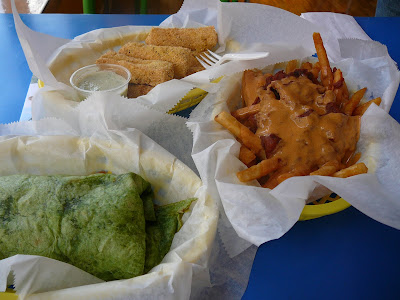 We also got a snack at Veggie Bite, another major draw to the area. Personally, I think Cary's choice spelled m-e-a-l, rather than snack, but she can get away with it. The chili cheese fries are always our favorite thing on the menu. My tofu stix were okay. I would have preferred mustard over the soupy, ranchy-type dressing that came along with them.

I like going to Veggie Bite because it is vegan, fast-food - a novelty. However, there's something a little strange about this place; I can't quite put my finger on it. I'll borrow a few quotes from yelp:

I've gotten some really good chocolate milkshakes, though. (I ask for them extra thick.) 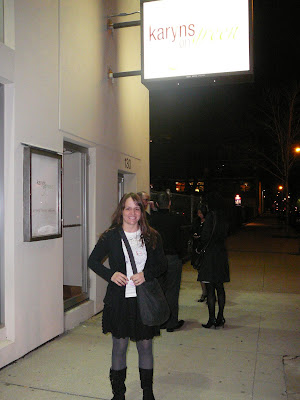 Later that night, we got to try out another new restaurant, Karyn's on Green (another in the Karyn's repertoire of wonderful dining). It was upscale and modern. 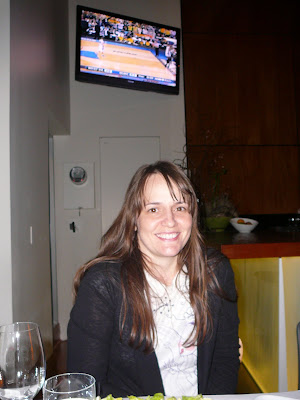 We took this picture to show Andy that Cary was indeed catching the Duke game, which happened to be on at the bar behind us. 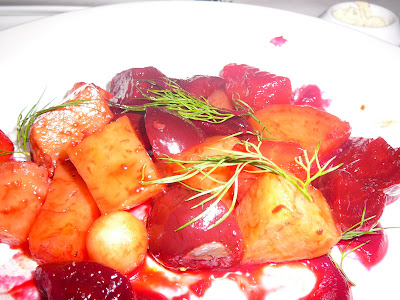 Cary chose the beets as an appetizer. I don't think I would ever choose beets personally, but these were tasty. We felt like we needed to pick something light and healthy, after the day we had. My oldest son would devour these. 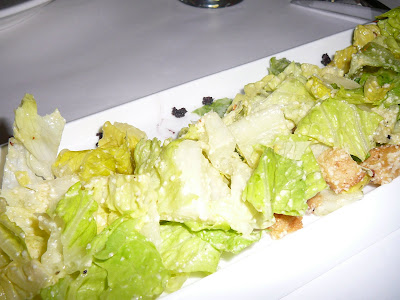 I finally gave in and ordered a caesar salad, which is what I always want to order at restaurants. I just love them. But I eat them at home all of the time so it seems silly to order them, too. This one tasted different (but great!), though, and included different things like dehydrated olives and herb croutons. I was also a fan of how it was served on a long plate. 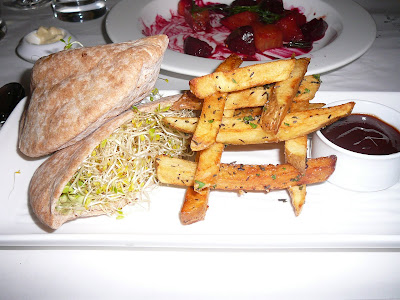 Cary ordered some type of avocado-sprout pita. I was a big fan of the fry placement. 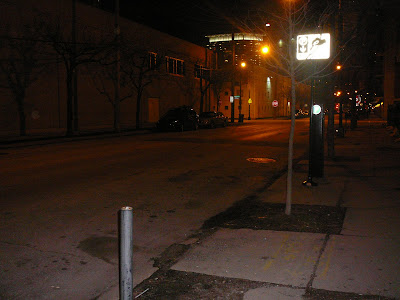 On the way back to our car, we got completely lost. We walked two blocks this way, three blocks this way, back to where we started to get our bearings - we tried street after street in every direction. I think Cary was starting to get a little panicked. I wasn't too worried, but it was clear I had no idea what we were going to do if we couldn't find our car. (Call a cab and have him drive us around until we found it?) And it was getting late, and it was rather desolate. I was starting to become convinced my car had been stolen because it made no sense that we couldn't find it. Fortunately, Cary had her iPhone out, leading the way, which helped a little. This is the picture of us finally finding the car.
The next day, we ate breakfast at Whole Foods and made a quick swing over to the Ikea in Schaumburg. It was my first Ikea trip, and I was enthralled. I didn't buy much (a little toy for the boys and a cool "junior chair" for Sis), but my mental wish list was adding up.

My audiobooks purchased off iTunes helped me with my late 6 hour drive home from St. Louis.
Thank you, Emily Giffin. I was sleeep-yy.
Posted by Jenny at 8:39 AM